The Samsung Galaxy M21 has been announced today in India, after a delay of 2 days. The successor to last gen’s Galaxy M20 is set to battle with the Redmi Note 9 Pro and Realme 6 series which were also recently launched in the Country. 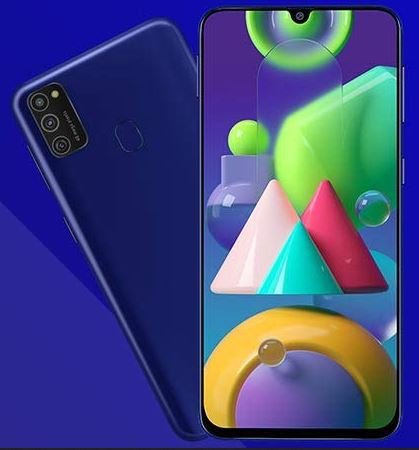 The Galaxy M21 features a 6.4-inches Super AMOLED Full HD+ display with an Infinity U (water-drop notch) design. It has a 19.5:9 aspect ratio, 91% screen ratio, 420 nits brightness, 78960:1 Contrast Ratio and is protected by Corning Gorilla Glass 3. The selfie lens housed in the notch is a 20MP camera that also supports Face Unlock.

The device runs on One UI 2.0 Core based on Android 10, and is powered by an octa-core Samsung Exynos 8611 processor with a Mali-G72 MP3 for the graphics. The phone will be available in 2 variants: 4GB/6GB LPDDR4x RAM with 64GB/128GB of storage respectively. the Galaxy M21 has a dedicated microSD card slot that supports up to 512GB of additional memory.

The phone is backed by a 6000 mah battery that charges over a USB Type-C port. It comes with a 15W Fast Charger in the box. In the primary optics department, the Samsung Galaxy M2 has a triple lens array with a 48MP main camera, an 8MP 123° ultra wide-angle lens, a 5MP Depth Sensor and an LED Flash. Also on the back panel is an oblong fingerprint scanner. 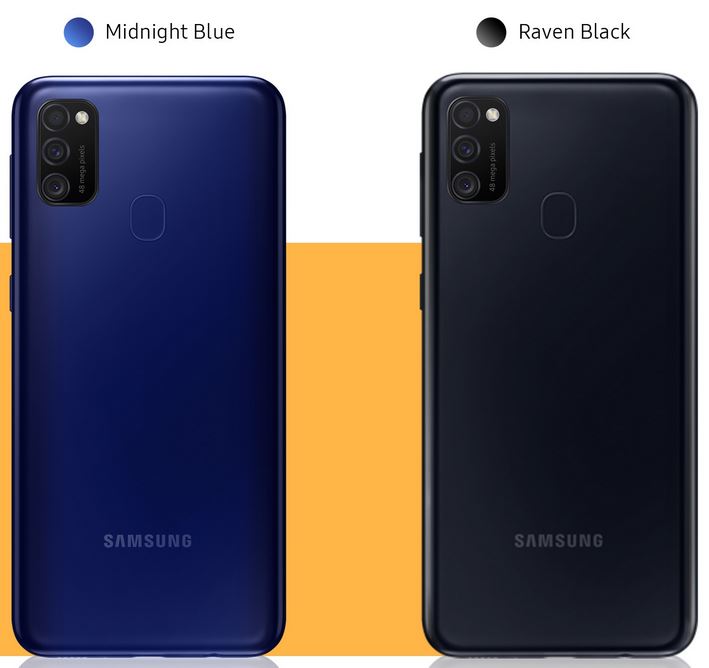 The Samsung Galaxy M21 price starts at Rs. 12,999 for the 4GB/64Gb version. The price of the 6GB/128GB model is yet to be announced. The device will be available from March 23rd on Amazon, and comes in Midnight Blue, Raven Black colours.