Realme Narzo 10 series to launch on May 11th in India

The Realme Narzo 10 series launch date has been announced. Third time’s the charm. 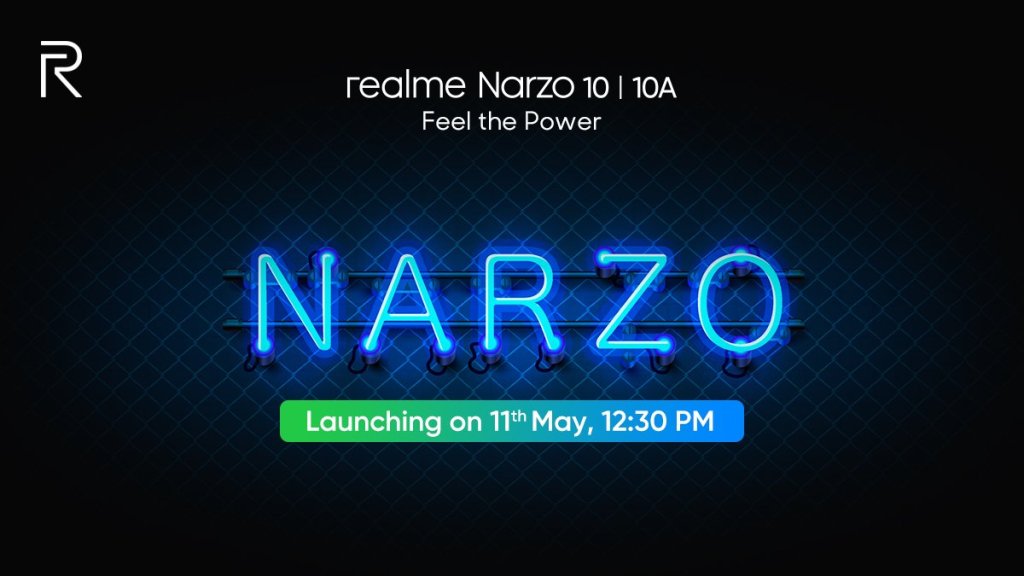 If you can recall, the brand had planned to launch the new series on March 26th in India. That went to no avail as the Country went into a lockdown mode to curb the spread of the Coronavirus. So, Realme had to reschedule the event to April 21st. But as the lockdown was extended, the launch had to be postponed again.

And now, the company has announced the Realme Narzo 10 series launch date for a third time. The Narzo 10 and Narzo 10 A will be announced on May 11th, in a live stream at 12:30 PM. Here’s what we know about the phones so far.

The phone will sport a 6.5-inches display and offer an 89.8% screen to body ratio because of the water-drop notch design. The device has quad cameras, (3 for the Narzo 10 A), and will be backed by a 5000 mAh battery that supports Quick Charge. The Narzo 10 has a 3.5mm headphone jack, and a stylish back plate that could be made of glass.

The Realme Narzo 10 series launch date is just 4 days away, and a day before the Poco F2 Pro is set to be announced.