A new battery monster from Realme is coming. Let’s find out more about the Realme C15 launch date. 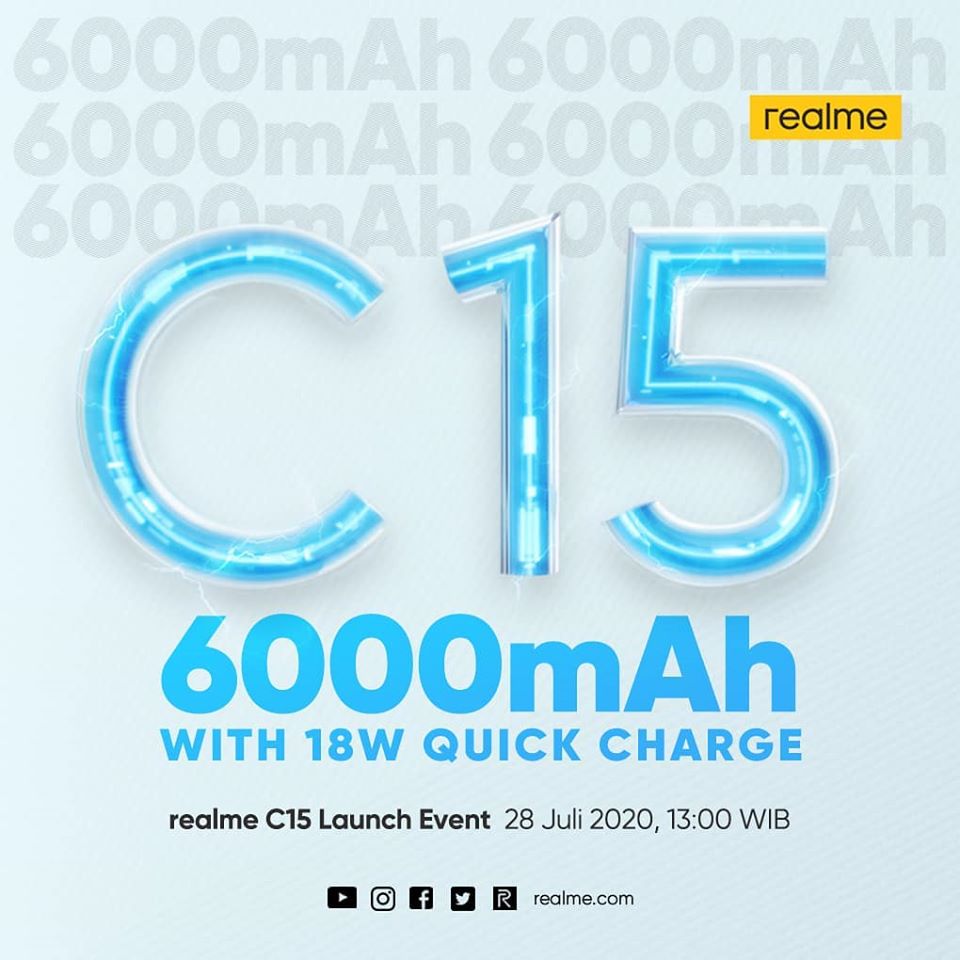 The device will be the newest entry to the C series, after the Realme C11 that was recently announced.

The teaser confirms that the phone will be backed by a mammoth 6000 mAh battery. And this will be aided by an 18W quick charger.

A micro site for the device has appeared on the company’s page, which shows off the Realme C15 design. The phone sports a display with a water-drop notch. It has a fingerprint scanner on the back panel. A square camera bump in the top left corner appears to house quad cameras, with an LED flash just below the lenses. The Realme C15 is pictured in two colours: Blue and Gray.

Not much else is known about the device as of now, but we can expect more specs to be revealed by the company as we head closer to the Realme C15 launch date.

In related news, Realme is prepping to launch the Realme 6i in India.