The Realme 6i has been announced in India. And as expected, it is a rebranded Realme 6s. 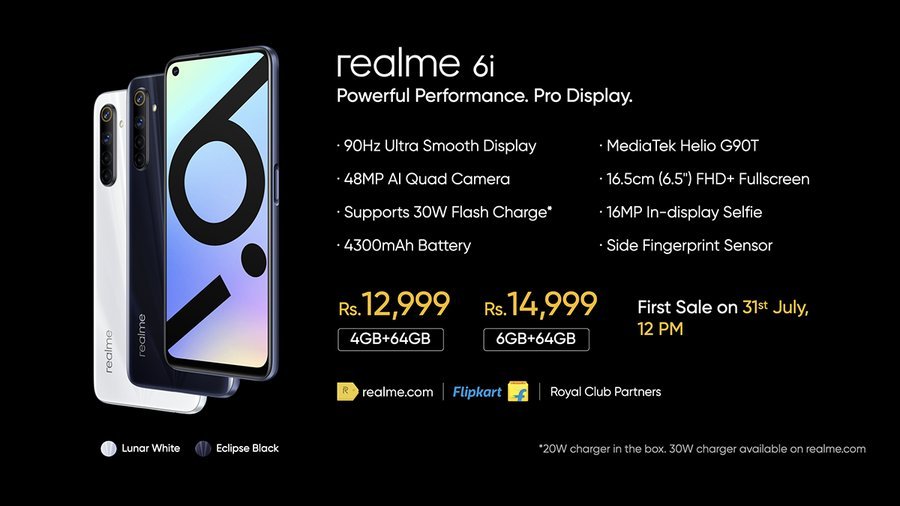 The 6i sports a 6.5-inches FullHD+ LCD display with a 90Hz refresh rate. It has a 90.5% Screen-to-body ratio, and is protected by Corning Gorilla Glass. The phone has a 16MP punch-hole camera in the top left corner for selfies, the lens has an f/2.0 aperture.

The Realme 6i runs on Android 10 with realme UI, and is powered by a 2.05GHz MediaTek Helio G90T octa-core processor, with an ARM G76 GPU,. The phone comes in two variants 4GB/6GB of LPDDR4x dual-channel RAM, with 64GB UFS 2.1 storage. The phone has a dedicated microSD card slot for expandable memory.

The device is backed by a 4300mAh battery that charges over a USB Type-C port. It supports 30W Flash Charge which can top up the cell to 100% in 60 mins.

Realme 6i price in India