MIUI 12 to be announced on April 27th in China

MIUI 11 was announced in October 2019. 6 months ago later, Xiaomi is now prepping to reveal its successor. 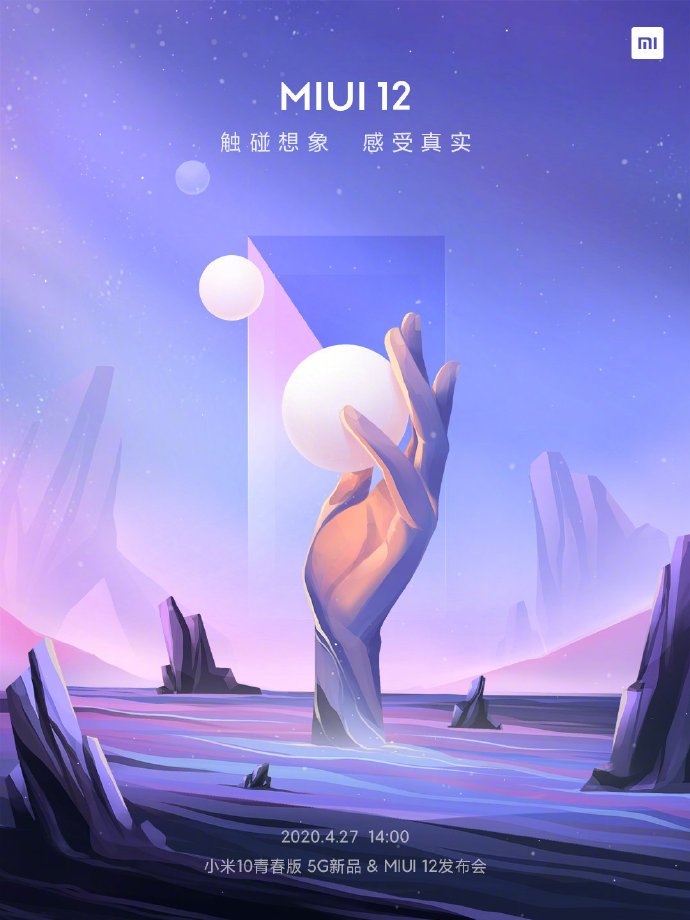 The company has shared a poster on Weibo which says that the MIUI 12 is set to be announced on April 27th in China.

This news isn’t surprising considering that a recent leak showed a glimpse of the new settings in the custom Android version. The leak came from none other than Xiaomi itself, which accidentally shared a beta APK from the upcoming OS. So, we knew the final version of MIUI 12 couldn’t have been too far away.

Xiaomi did a good job of updating its devices to MIUI 11, albeit a bit slowly. The update was released for over 25 different models in India alone. So, we can possibly expect a similar treatment for MIUI 12. The big question however is whether Xiaomi will update its older phones that are still on Android 9, to Android 10. But if history has been any indication, we don’t expect this to happen.

That’s not all that we can expect on April 27th, because Xiaomi has been teasing a new device launch as well. The phone is called Mi 10 Youth Edition, and will support 5G mobile networks. The device features a quad rear camera setup. And it will support 50x zoom using a periscope lens, similar to the Mi CC9 Pro.

MIUI India hasn’t shared any information regarding MIUI 12, we can speculate it to be made global soon after the Chinese version is released.