Leaked Google Pixel 5 renders have surfaced ahead of the device’s official debut. Here’s what the phone looks like, it does resemble the Pixel 4a that was launched earlier this month. 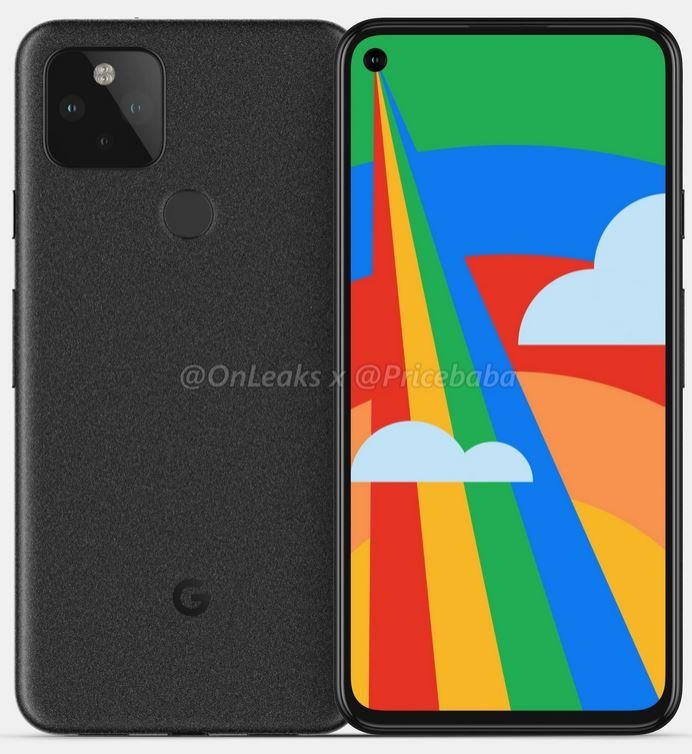 The Pixel 5 has a punch-hole display with the cutout placed in the top left corner of the screen. The panel is said to be somewhere between 5.7 and 5.8-inches. Google has gone creative with the wallpaper to make it look like rainbow rays are coming out of the punch-hole selfie camera.

German leaker Roland Quandt tweeted that the Google Pixel 5 will come with 128GB of storage for the base variant, and that there will not be a 64GB version this time.

While all other OEMs have moved on to quad cameras, the search giant continues to stick with dual cameras, and the Google Pixel 5 renders prove that the upcoming device is no exception to this. We can expect the device to rely on software processing for advanced image processing capabilities. The lenses are placed in a square bump along with an LED flash, and what appears to be a ToF sensor. The Pixel 5 has a physical fingerprint scanner on the back panel. According to PriceBaba and Onleaks, the device measures 144.7 x 70.4 x 8.1mm, while the camera bump adds an extra 0.4mm to make the phone 8.5mm in terms of thickness. 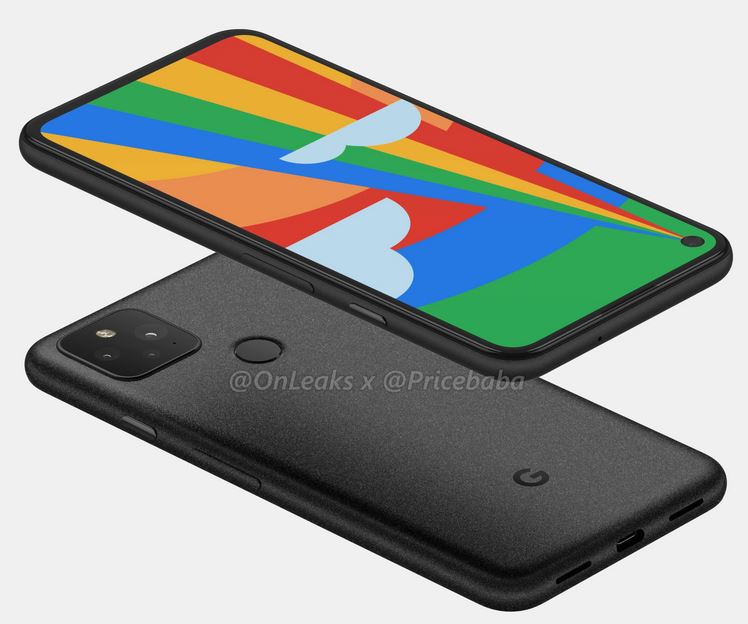 Unsurprisingly, the Google Pixel 5 renders confirm that the device does not have a 3.5mm headphone jack and the USB Type-C connector will serve as a multi-purpose port for audio, data transfers and charging. The phone has a unibody design with a textured back panel. It will be available in Black and Green colour options. The power button on the phone does not have its own accent color, and instead has a glossy black finish.

Rumour has it that the Google Pixel 5 will have an AMOLED display with a QHD+ resolution, 90Hz refresh rate. XDA reported that the phone could be powered by a Qualcomm Snapdragon 765 processor, and equipped with a 3,080 mAh battery. It is expected to run on Android 11 out of the box.

Google could announce the Pixel 5 on September 30th, and it could begin shipping as soon as October 8th.

OPPO A53 to launch on August 25th in India; specs and pictures inside