The Google Pixel 4a launch date has been confirmed. And this has been done in a most unusual way. 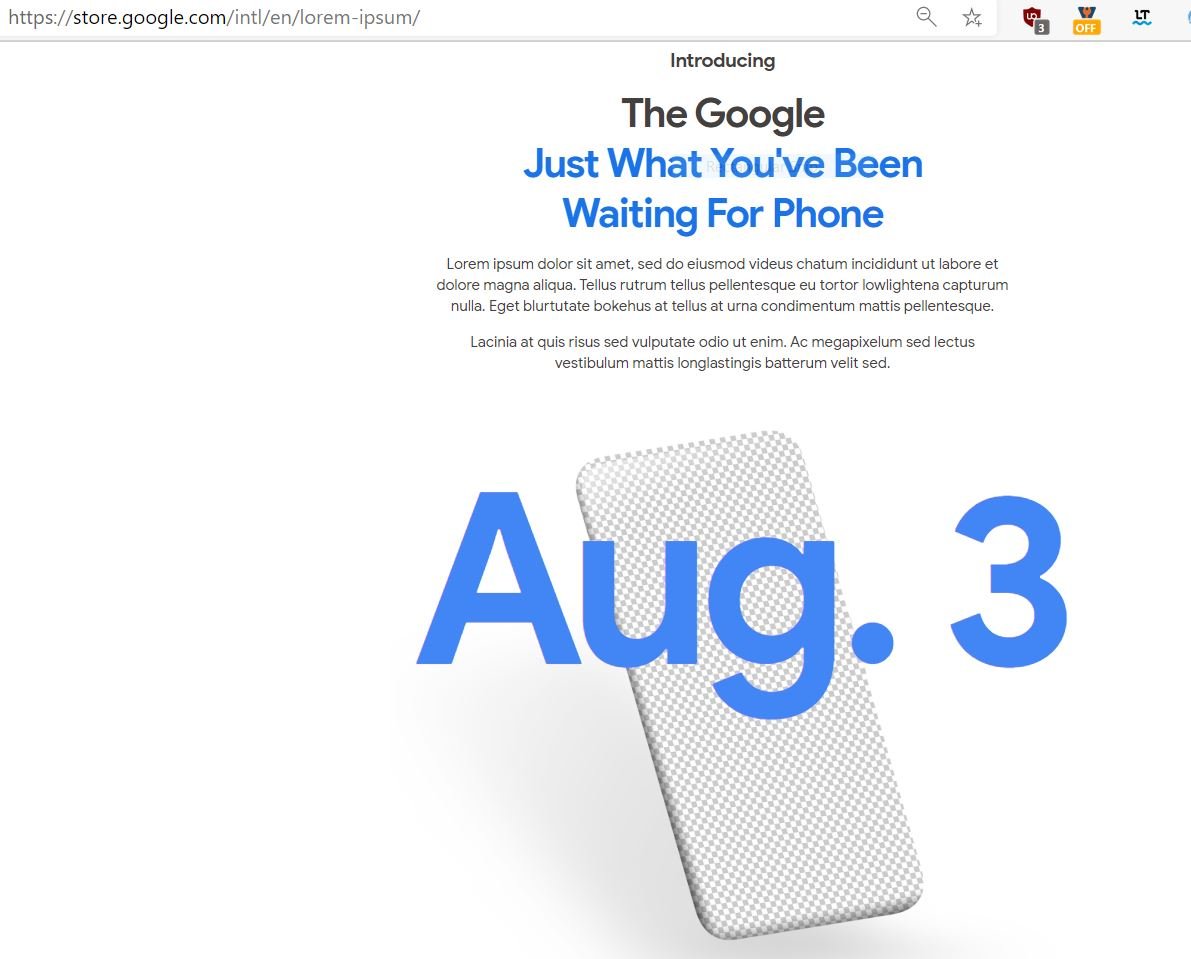 The company has set up a micro site for the device on the Google Store. It has a bunch of boxes.

It is a puzzle. Click on the boxes to change the colours and match them with the Google logo’s shades of blue, red, yellow, blue, green, and red.

The boxes turn into a tagline that reads “Just What You’ve Been waiting For”.

The Google Pixel 4a launch date teaser page has some dummy text in Latin. It’s not the usual Lorum Ipsum. If you observe it closely, it has some mock Latin like Videus chatum (Video chat), lowlightena capturum (lowlight capture), longlastingis batterum (long-lasting battery).

These indicate that the phone will have a camera that is capable of lowlight capture, and has a long-lasting battery.

And of course, the page confirms that the Google Pixel 4a launch date is set for August 3rd.

The Google Pixel 4a is rumoured to be powered by a Qualcomm Snapdragon 730 processor, with 6GB of RAM and 64GB of storage. It is said to be equipped with a 5.81-inch Full HD+ AMOLED display. The main camera on the phone is said to be a 12MP snapper. It is backed by a 3080mAh battery that will support 18W fast charging. There may not be a Google Pixel 4a XL this time around.
It remains uncertain whether the device will be released in India. We’ll have to wait till Monday, for the Pixel 4a to be announced.
For latest Android News & reviews, follow AndroidPure on Twitter, Facebook, and Subscribe to our YouTube channel. Want any help with your Android Smartphone or Gadgets, Ask your Questions at Androidpure Forum.