Samsung is rolling out the Android 12 Update for Samsung Galaxy S21, S21+ and S21 Ultra. The software upgrade brings One UI 4 to the current gen flagship phones. 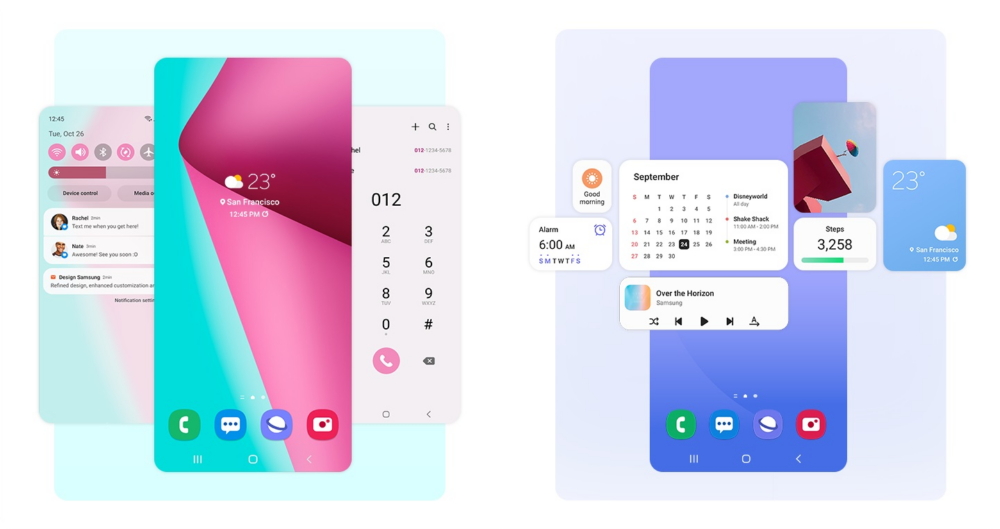 The firmware had been tested in a beta program for a couple of weeks, before the stable version was released.

Samsung has given the UI an overhaul, and it now supports new system-wide color palettes for you to choose from. The interface includes various customization options for the home screen background, icons, menus and buttons. The new custom Android skin from the company also has some customizable widgets.

The OS includes the goodies from Google’s Android 12 such as the Privacy Dashboard. The new privacy controls will display an icon on the screen, to indicate when the camera, microphone and location data are being accessed by apps.

The Android 12 Update for Samsung Galaxy S21 series is already available (from November 15th). The South Korean company has confirmed that the new software will soon be released for older Galaxy S series, Note series and Galaxy Z series devices

For more information, check out the leaked Samsung Android 12 Update Roadmap, which we reported about.