Samsung is planning to upgrade several of its devices to One UI 4. A leaked Samsung Android 12 Update roadmap has surfaced on the Members app. 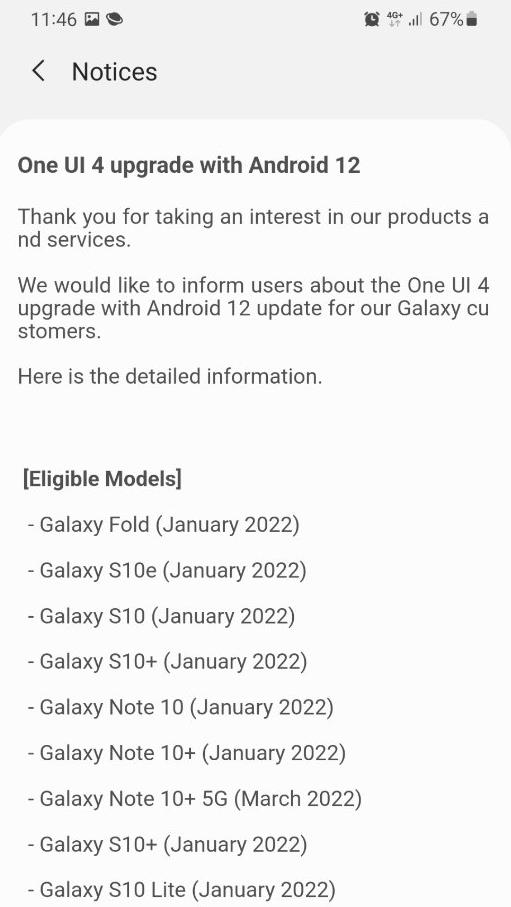 Check if your device is among the list of phones and tablets that will be updated to the latest version of Android.

Rumours suggest that some of these devices could get the lighter version of the firmware, One UI Core, while the others will receive the full version of the software. Though the roadmap looks legit, we mustn’t forget it is a leak, and so we advise taking it with a pinch of salt.