Xiaomi is set to announce the second generation of their gaming phone as Black Shark 2 on 18th March 2019. The announcement for the official launch comes in the form of a teaser from the Black Shark official handle. Unfortunately, the launch teaser doesn’t reveal any details about the upcoming gaming smartphone except the launch date. 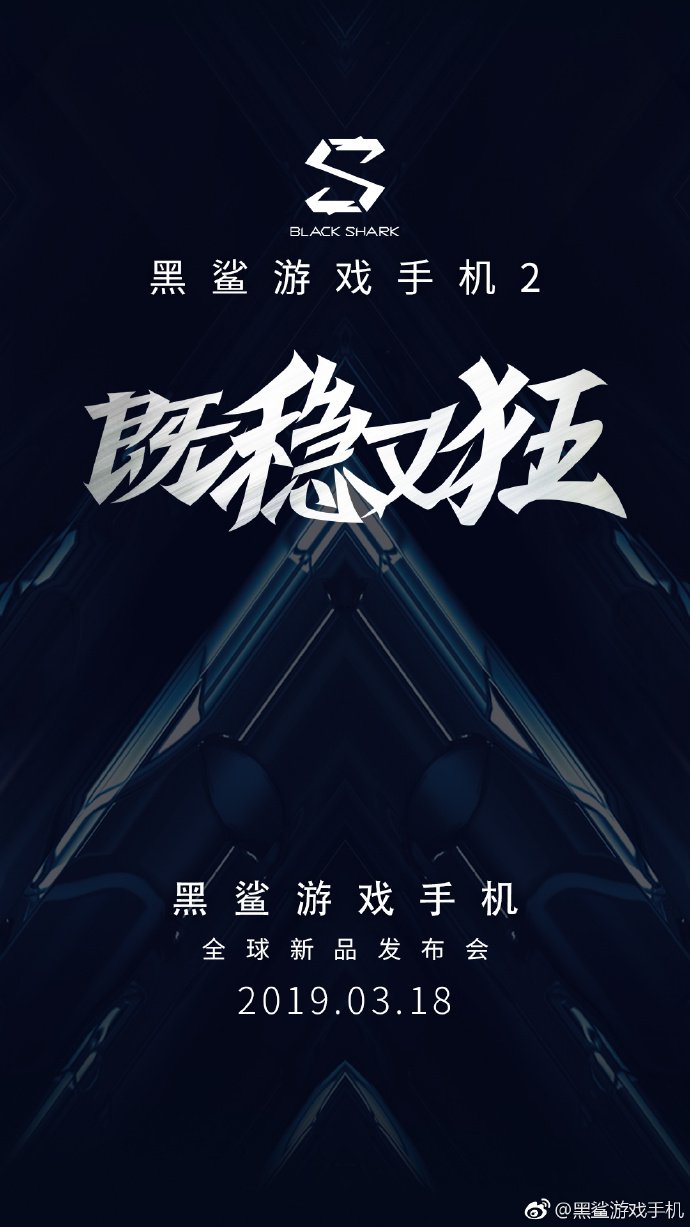 Even though there is no official word about the hardware specifications of the device, we have seen numerous Geekbench listings for “Black Shark AAA” that suggest that the new Black Shark model comes with 12GB of RAM while some of the earlier Geekbench listings indicate 8GB of RAM. Based on these benchmark listing, we expect at least two variants of the gaming phone i.e. 8GB RAM and 12GB of RAM. Black Shark CEO Peter Wu had indicated that the new phone comes with Liquid Cool 3.0 technology.

Xiaomi had launched their first generation of Black Shark sometime in April last year followed by a 10GB RAM variant later in China. The first generation of the gaming phone featured a 5.99-inch FHD+ display with a resolution of 1080×2160 pixels. It is powered by a 2.8GHz octa-core Qualcomm Snapdragon 845 processor along with 6GB of RAM. The phone runs on Android 8.0 Pie based operating system and is backed by a 4,000mAh battery. In terms of camera, it features a dual camera module at rear consisting of 20MP + 12MP sensors while there is another 20MP front snapper for selfies.