Realme 7i to launch on September 17th in Indonesia; specs and design leaked

The Realme 7 and Realme 7 Pro were announced about 4 days ago in India. But the company is already preparing to launch a new phone in Indonesia, this time it’s the Realme 7i. 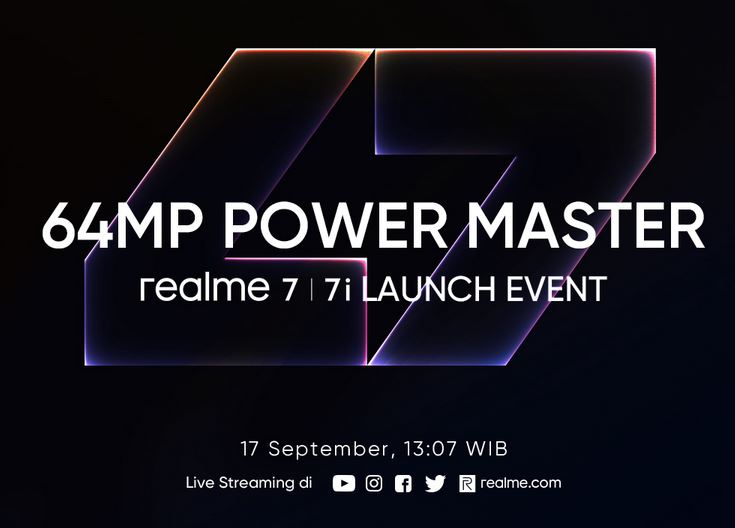 And no, it doesn’t appear to be a rebranded version of the Realme 7 Pro. Instead, it follows in the footsteps of predecessor, the Realme 6i which was the lower-end variant of the previous series.

The brand has taken to social media to promote the Realme 7i launch date, it will be unveiled alongside the Realme 7 on September 17th in Indonesia. But, a tipster named gadgetfight.id has leaked a promotional poster of the phone on Instagram. It reveals the key specs and the design of the device. 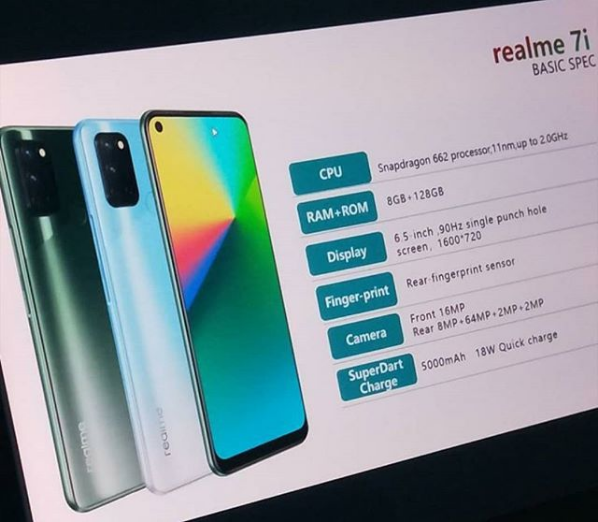 The Realme 7i sports a 6.5-inch HD+ display with a resolution of 1600 x 720 pixels. It supports 90Hz refresh rate and has a punch-hole camera in the top left corner of the screen. The handset has narrow bezels, but the chin is quite large. The selfie lens on the phone is an 16MP sensor.

The device is powered by a Qualcomm Snapdragon 662 octa-core processor clocked at 2.0GHz, with 8GB of RAM and 128GB of internal storage. The Realme 7i is backed by a  5000 mAh battery that supports 18W SuperDart Charge (fast charging). The phone has quad cameras on the back comprising an 8MP ultra wide-angle lens, a 64MP camera, a 2MP macro lens and a 2MP depth sensor with an LED flash.

The fact that the phone has a rear Fingerprint Sensor also confirms the screen is an LCD panel. But then again, you weren’t expecting an AMOLED HD+ screen were you? Though the Realme 7i specs sheet doesn’t mention this, we can expect the phone to run on Realme UI based on Android 10.