Poco X3 spotted on FCCID portal, back panel design and key specs inside

The Poco X3 has been spotted on FCCID’s portal. The listing has an image of the device’s back panel.

The phone has a dual-tone finish on the back. A textured pattern runs across the middle of the panel, with a large Poco branding at the bottom.

A rectangular camera cut-out is located near the top of the backplate, with circular sides. The branding in the camera bump reads “64MP AI Super Camera” and “Designed by Poco”. It is evident from the words that the Poco X3 will be equipped with a 64MP primary camera. The cut-out is quite large, so it is possible that the phone will have a triple or quad camera setup. The model number of the device from the listing is M2007J20CT. An RF report that XDA found says that the X3 will be backed by a whopping 5,160 mAh battery that supports 33W fast charging.

A separate leak by The_Tech_Guy reveals that the Poco X3 will run on MIUI 12 out of the box. The device supports dual-band Wi-Fi 2.4/5GHz, 4G LTE, among other connectivity options. 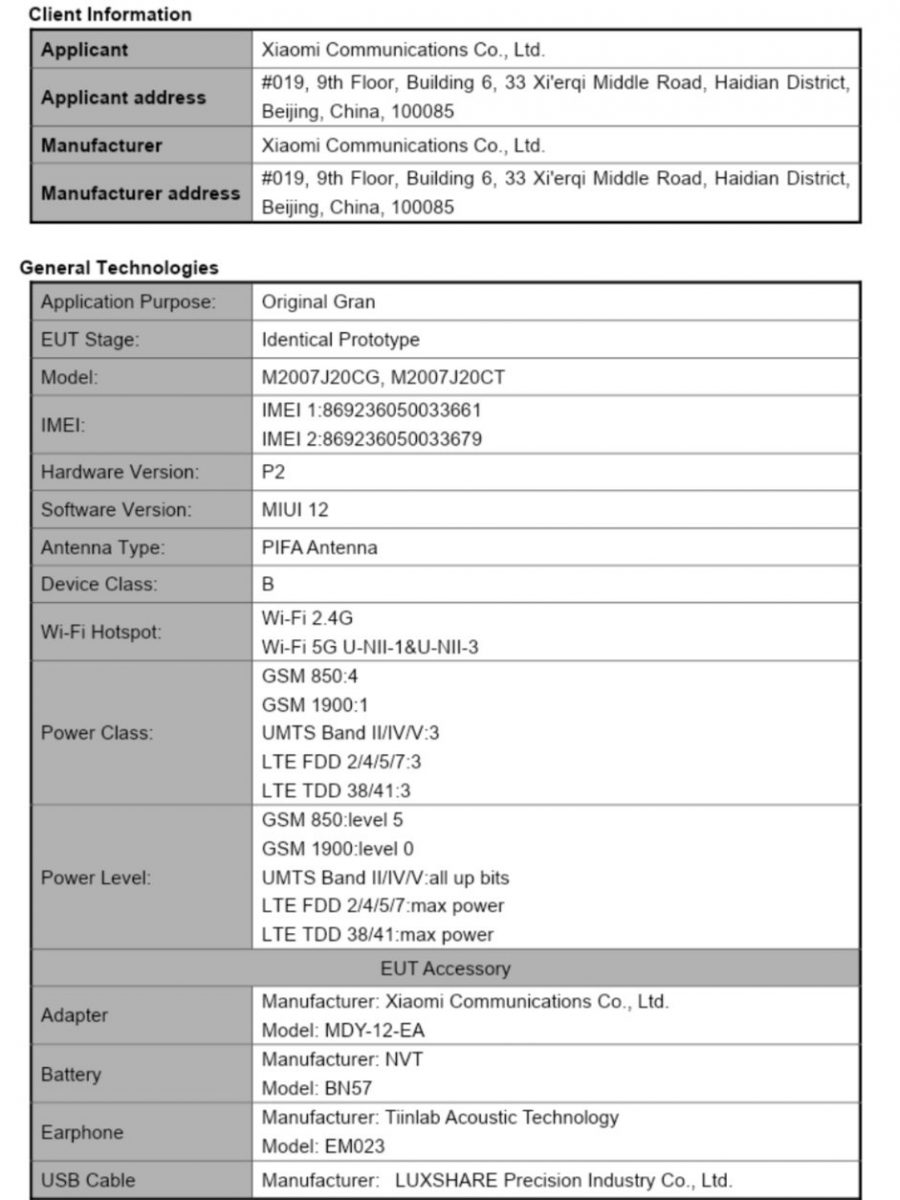 This SAR report also mentions the same model number, along with another device that has the model number M2007J20CT, which could debut alongside the X3. Xiaomi’s subsidiary brand is also planning to announce the Poco C3, which is believed to be a rebranded version of the Redmi 9C.