MIUI 11 Update roadmap officially announced in China: here’s when your Redmi and Mi phones will get the update

The MIUI 11 Update roadmap has been officially announced in China. Is your device on the list? 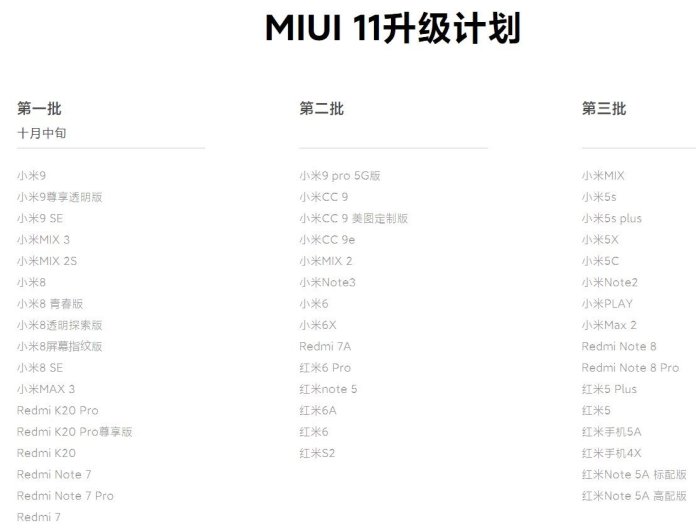 The company plans to update the following Mi and Redmi phones in mid-October.

Phase 2 begins in late October and will roll out to the following devices.

The final phase will start sometime in early November and will reach the following devices.

One notable absentee in the MIUI 11 Update roadmap is the Poco F1. But considering its popularity and the fact that it runs on a slightly different version of MIUI, we do expect it to be updated as well. And don’t forget this is the roadmap for devices launched in China, not the global versions.

Xiaomi plans to release public betas of MIUI 11 to most of the devices about a month before the stable release. This Xiaomi we’re talking about, so don’t expect MIUI 11 to bring Android 10 to your device just yet, although we have been hearing from a few that the Redmi K20 Pro has been getting the Android 10 Update (MIUI 10) today.