The Nexus leaks don’t seem to stop, despite the fact that we are almost 3 months away from the official launch. Today, another report from Android Police, claims that Google reportedly making its own Android Wear smartwatches.

Word is that Android OEMs are not releasing as much newer Android Wear watches as Google had hoped for, despite the operating system gaining momentum with newer features over the past couple of years.

The watches will be a part of the Nexus and are codenamed as the Nexus Angelfish and Nexus Swordfish.

Google: There aren’t currently any plans for a future Nexus product

Pixel and Pixel XL officially launched by Google, and here’s all you need to know about the new phones

The Nexus Angelfish watch, will be a flagship product, with full support for 4G LTE, GPS, and a heart-rate monitor. The device in question allegedly sports a look similar to the Moto 360 and LG Urbane Edition, with lugs (strap connectors), and a curved design where the strap and watch are connected. This rules out changeable bands.

Thankfully neither the Angelfish, nor the Swordfish have flat-tires, the ugly lower part of the Moto 360’s dial, where it houses its sensors. Both watches will have full circular dials, and come with three buttons: a large crown button on the center of the right side, with a smaller button above, and another below it. Speaking of the dial, it is supposedly 43.5mm in diameter.

The Nexus Swordfish apparently looks similar to the Pebble Time Round, minus the hideously large bezel. Swordfish is rumoured to have just one button, and looks minimalistic, with a single crown button which is metal-capped like the Apple Watch, but is placed on the center of the right side of the watch. The wearable has a 42 mm dial, with a thickness of 10.6mm – 0.8mm. 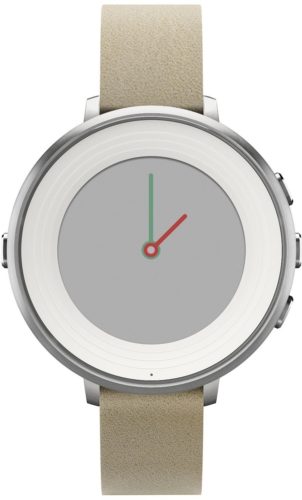 Unlike the Angelfish, the Swordfish’s strap will be changeable, and compatible with Mode watch bands. The biggest oddity between the two watches is that the Swordfish will not support LTE, GPS, and could not even have a heart rate sensor. These point out at a low priced smartwatch.

Google is also reported to be working for exclusive apps for these wearables, including new watch faces for accessing notifications, media controls and other common functions, much faster than other smartwaches can.

Titan Quest the RPG set in Greek mythology, hacks and slashes its way to Android devices