Google has confirmed the Pixel 5 launch date. The next gen flagship phones will be announced on September 30th. 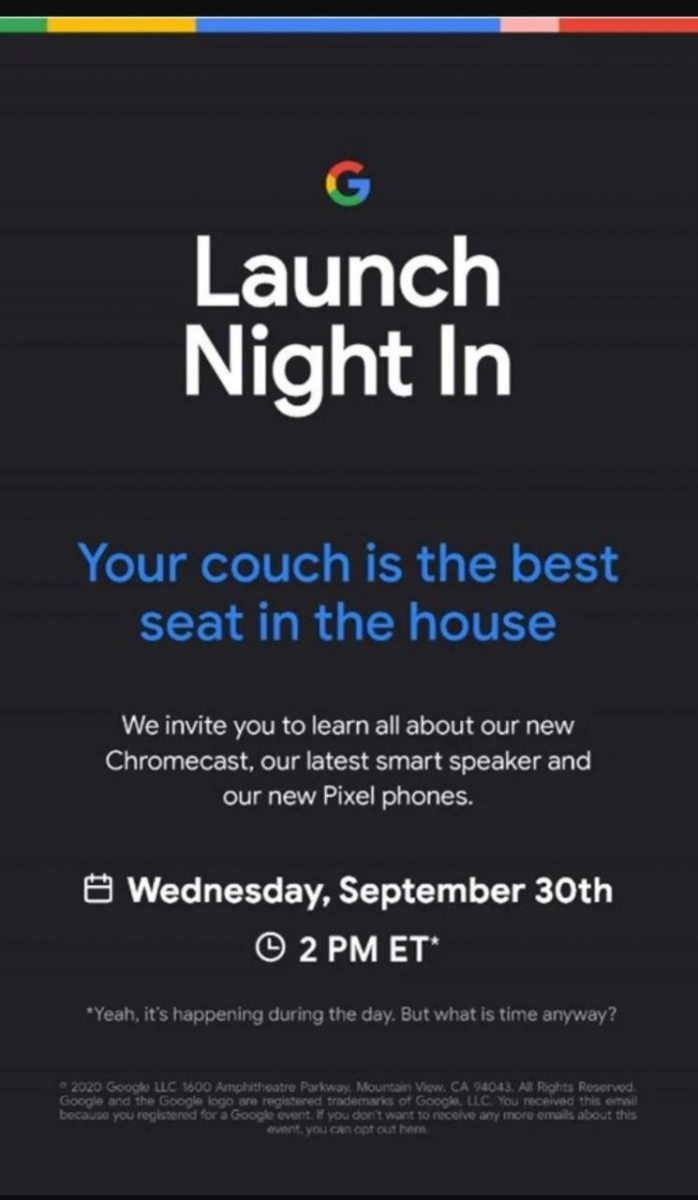 The search giant released Android 11 about a week ago, so we can expect the new phones to run on the latest version of the OS out of the box.

The Google Pixel 5 isn’t the only phone that will be announced during the event. The poster from the company mentions “new Pixel phones”. This likely means that there will be a Google Pixel 5 XL. Rumours suggest that there may be a third device as well, the Google Pixel 4a 5G, which will also make its debut on the same day. In case you missed it, the 4G version of the Pixel 4a was launched about a month ago.

Leaked renders of the Google Pixel 5 confirmed that the device has a punch-hole display with minimal bezels. The phone sports dual rear cameras with a ToF sensor and LED Flash. It has a rear-placed fingerprint scanner. Other leaks suggest that the phone could be powered by a Qualcomm Snapdragon 765 processor, with a 3080 mAh battery, 128GB storage.

Google’s launch teaser also says that a new Chromecast and Smart speakers will also be launched on September 30th. The event will be streamed live at 2PM ET/ 11 AM PT.