The Vivo iQoo 5 will be announced later this month in China. Official teaser images of the phone have been popping up on e-stores. 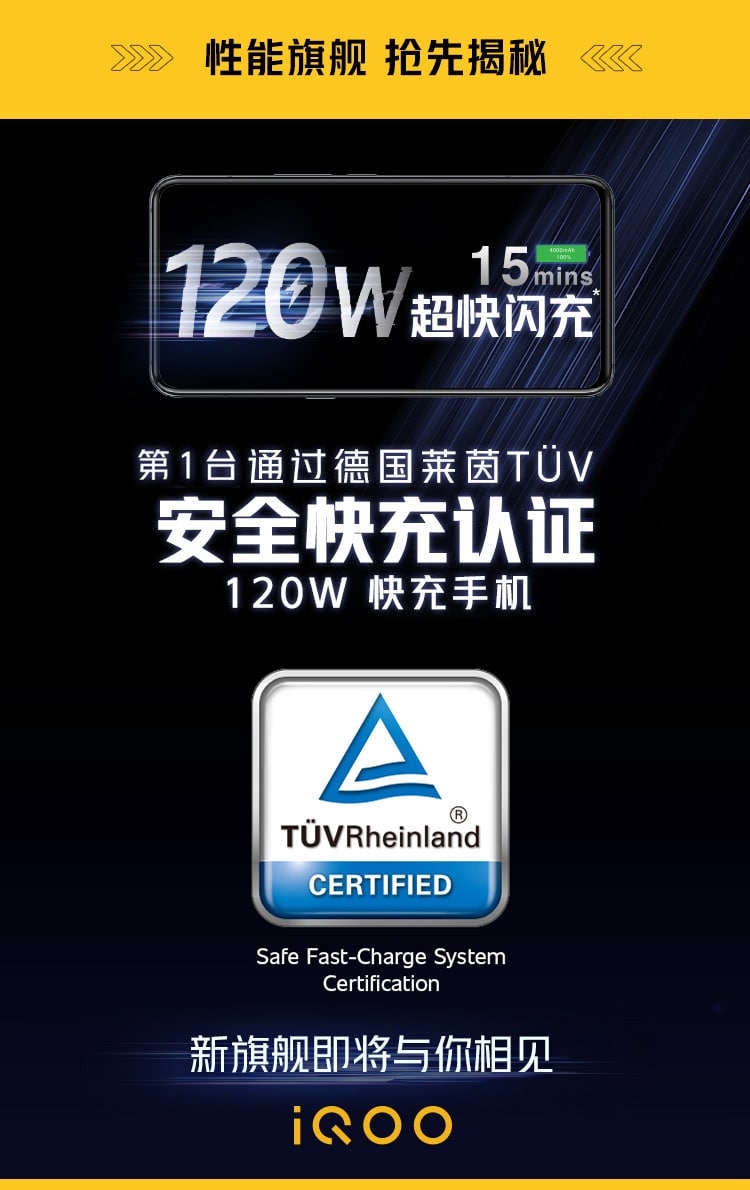 Thanks to the pictures, some Vivo iQoo 5 key specs have been confirmed. The device is the successor to the iQoo 3, and the brand seems to be skipping the “4”, something which is not uncommon among Chinese OEMs.

According to the images seen on an e-tailer website, the upcoming gaming phone will be powered by a Qualcomm Snapdragon 865 processor. It will feature an LPDDR5 RAM module. The device will have a UFS 3.1 storage chip. 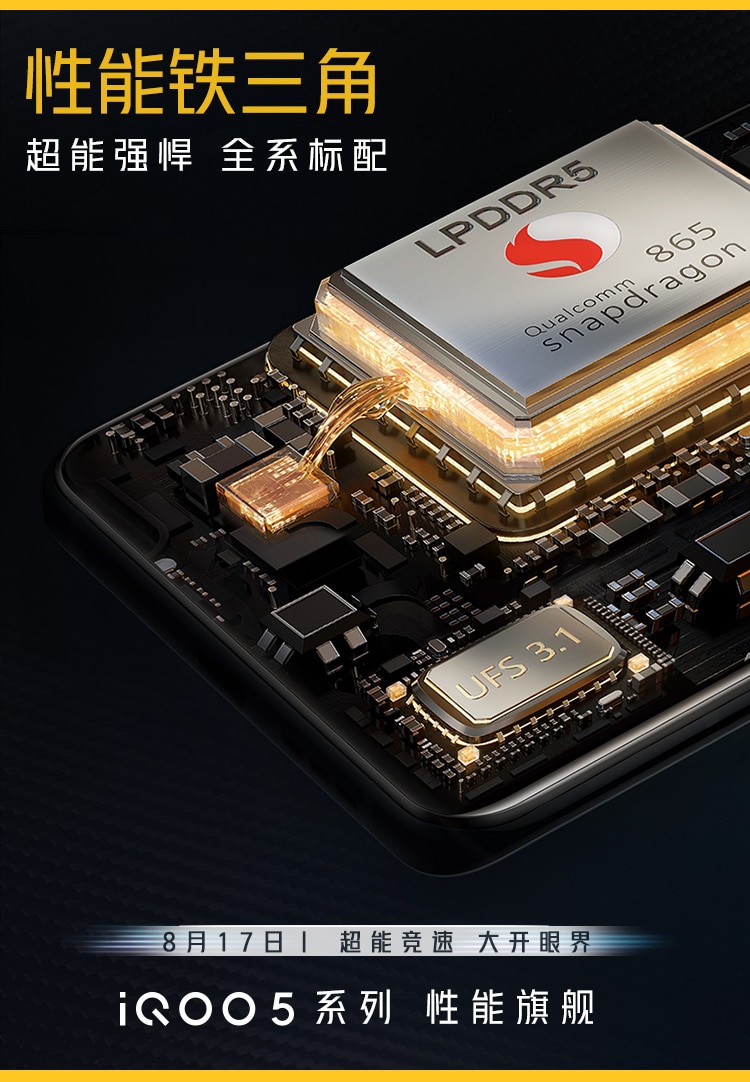 Another teaser mentions that the Vivo iQoo 5 will support 120W fast charging. If you observe the image closely, it says 15 mins, which means the device’s battery can be fully charged from 0 to 100% in just 15 minutes. The charging standard has been certified by TÜV Rheinland, which means it is safe to use. 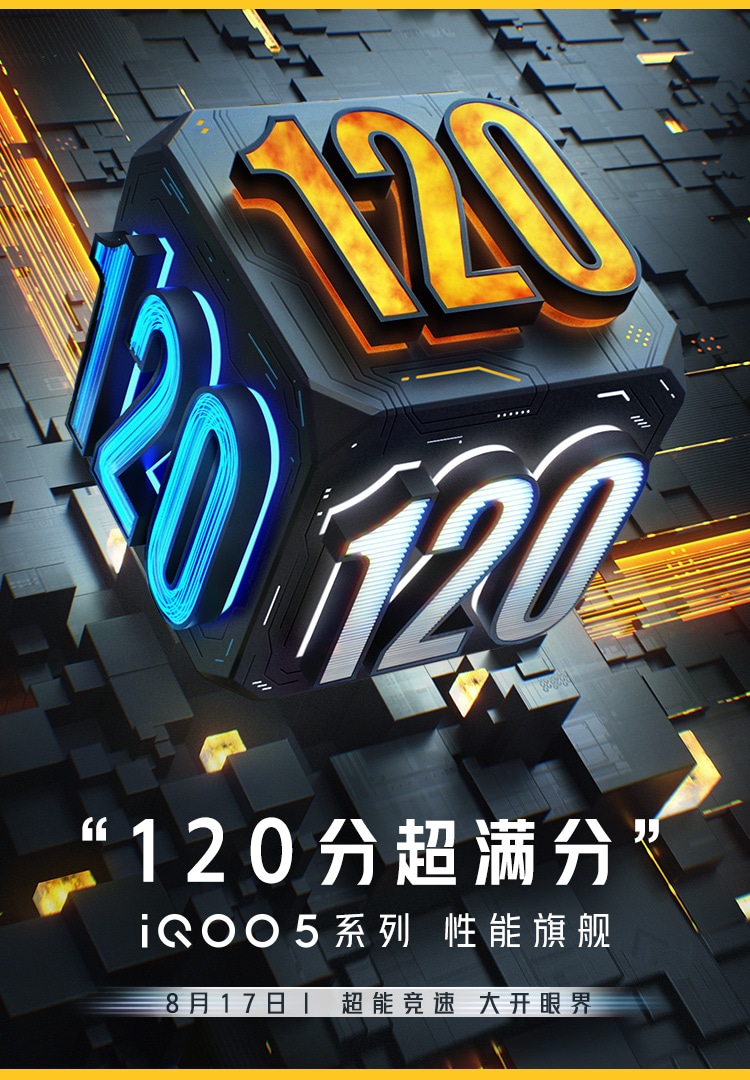 The Vivo iQoo 5 will be announced on August 17th in China. The phone’s design, camera specs, battery capacity and connectivity options remain a mystery. Since the iQoo 3 supports 5G wireless networks, we can expect its successor will also be capable of the same. 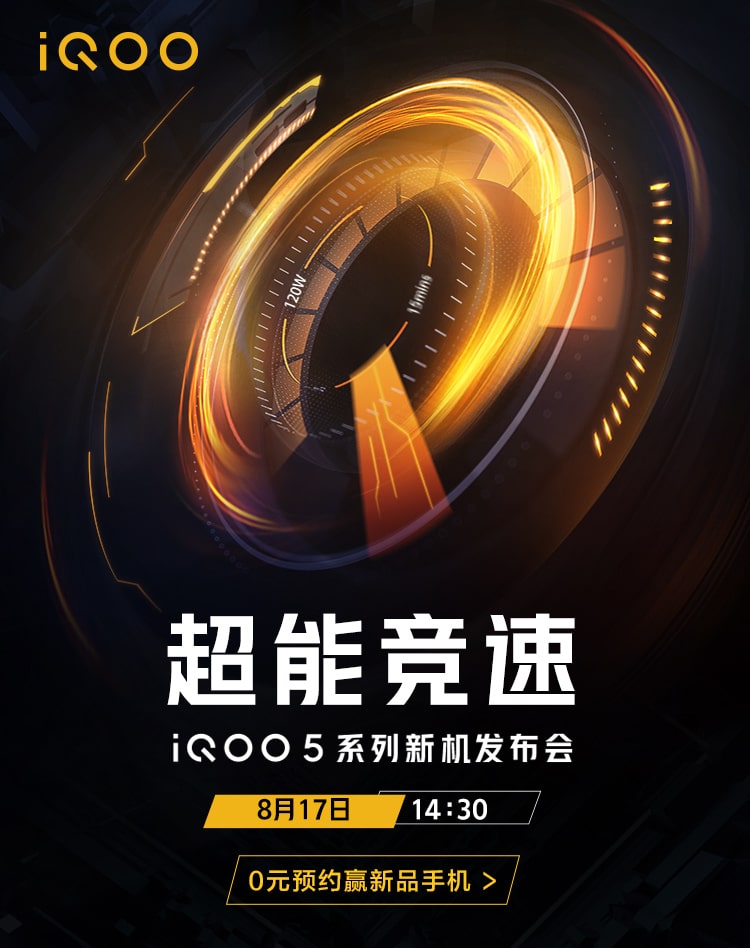 We can expect more details about the phone to be unveiled as we approach the launch date.