Nuance, the developers behind the popular keyboard Swype, just went crazy. The company has released a new version of its keyboard for India, and for the low price tag of free. 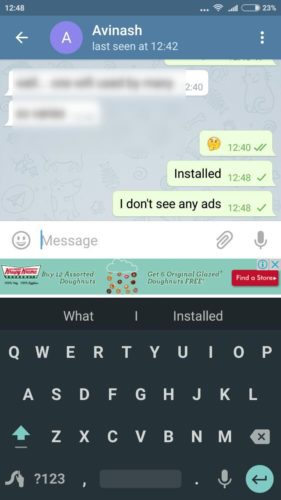 Yes, you read it right, advertisements. Swype apparently thought it would be perfectly okay to release an ad-ridden version of its keyboard, and chew up on your mobile data, probably as a good way to combat piracy in India. 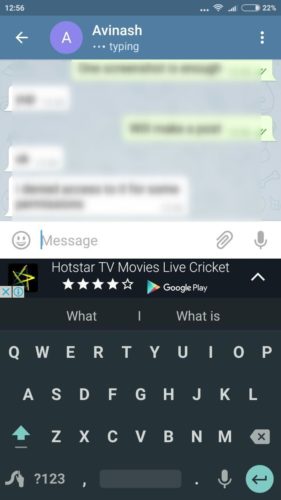 The ad banner appears just above the prediction bar, and is quite annoying. But we did notice it only appears once in a while.

But seriously, Nuance, ads in a keyboard app? And if they really wanted to make money, why not lower the price of the keyboard or hold a sale? We can see that the themes in it are available for just 10 Rs, so why not sell the keyboard for cheaper or go freemium with optional paid themes?

In a world where the likes of the brilliant SwiftKey (free with IAPs for themes), the all round good performer Google Keyboard, the excellent Fleksy keyboard (IAPs for extra functions and themes) exist, Swype joins the crazy band alongside Chrooma Keyboard, which sadly has IAPs for the most basic functions.

There are IAPs in the ad supported version of Swype, and these are identical to the ones in the paid version. 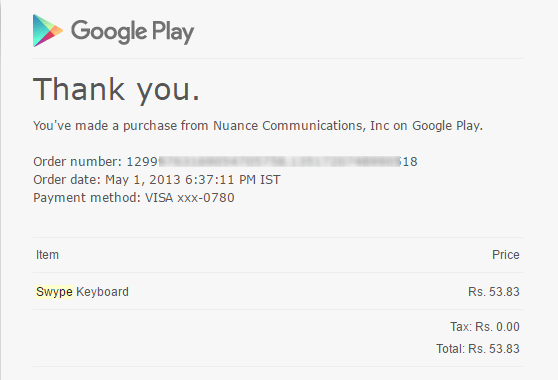 And just FYI, I have been using the paid version for many years, and yet I find this ad-supported business as an annoying one.