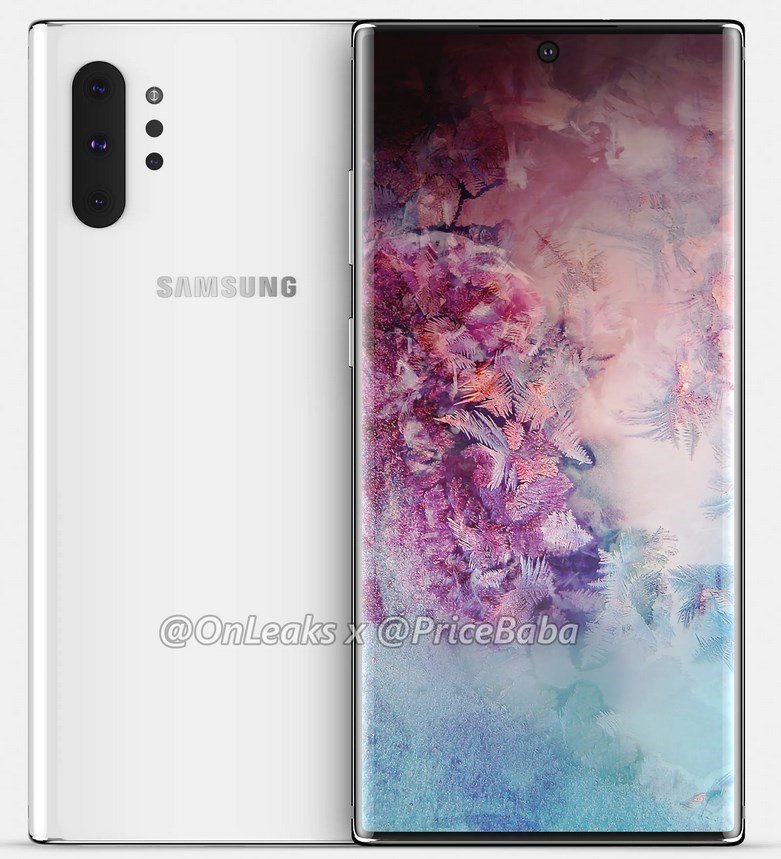 The bezels are slightly slimmer on the Pro variant than the regular one, and its also taller thanks to the bigger display, which is 6.75-inch Dynamic Super AMOLED QHD+ panel (as opposed to the 6.3-inch display on the standard model).

The screen seen in the Galaxy Note10 Pro renders is also home to an ultrasonic in-display fingerprint scanner, and a punch-hole selfie camera aligned in the top-centre.

The Note10 will also be powered by an octa core Exynos 9820/Qualcomm Snapdragon 855 processor, and run on Samsung One UI based on Android 9 Pie. The storage is where the first differences begin, with the Note10 Pro rumoured to feature a UFS 3.0 chip.

The Galaxy Note10 Pro renders reveal that it is equipped with 4 rear cameras. Of these the primary camera is a 12MP lens, the telephoto lens is a 12MP snapper, while the third camera is a 16MP ultra-wide angle lens. The fourth camera is a ToF 3D Depth sensor which sits outside the camera arrangement along with an LED Flash.

Sadly, there is no headphone jack in the Galaxy Note10 Pro renders leaked by PriceBaba. The USB Type-C port should serve as an audio/data port, and to charge the 4,500 mAh battery on the phone.

We can expect Samsung to announce the Galaxy Note10 Pro along with the standard variant sometime in August.

ASUS 6Z to be launched on June 19th in India, without the Zenfone branding