We are still a couple of months away from the launch of the next flagship phone from Samsung. Just days after some benchmarks of the phone were spotted, quite a few unofficial Galaxy Note10 renders have popped up already. 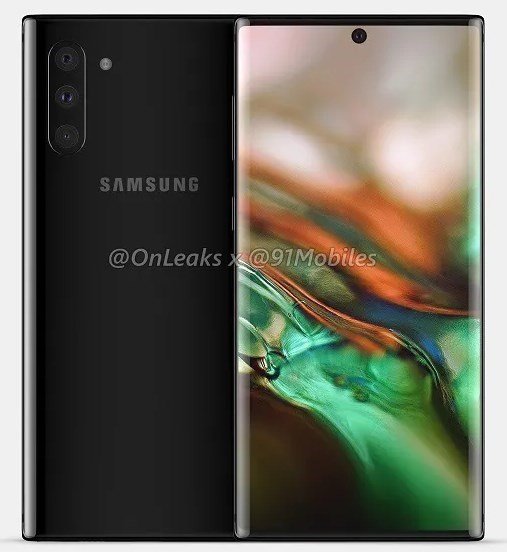 The images, courtesy 91Mobiles and Onleaks, show us what the next Galaxy looks like.

The Galaxy Note10 sports a candy bar look, with slightly curved edges. The screen is allegedly a 6.75inch QHD+ Dynamic Super AMOLED Infinity Display. It features a punch-hole camera right at the top-center. The phone has an in-display fingerprint scanner and the screen is an edge-to-edge panel. 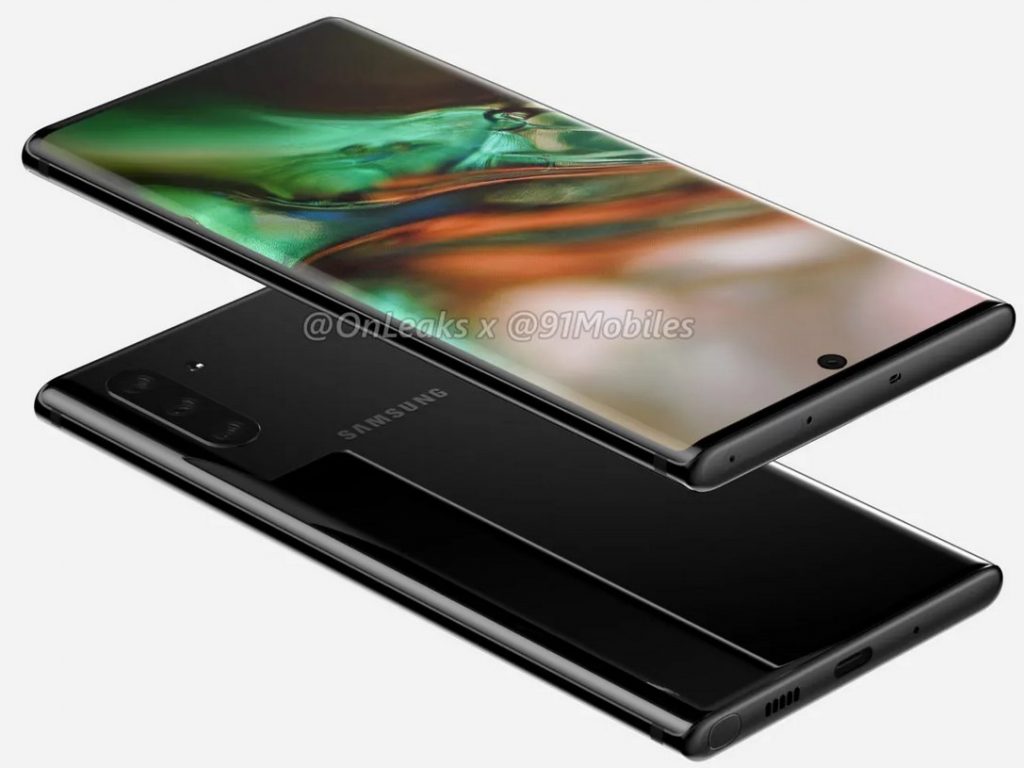 The phone will be powered by an octa core Exynos 9820/Qualcomm Snapdragon processor with 12GB of RAM. It is expected to ship with Samsung One UI based on Android 9 Pie.

The rear cameras pictured in the Galaxy Note10 renders reveal a triple camera design aligned vertically along with an LED flash. Samsung is said to have equipped the phone with a 16MP lens, with two 12MP cameras. The selfie camera on the screen is a 10MP lens.

The Galaxy Note10 renders tell us that the phone doesn’t have a 3.5mm headphone jack. Also missing on the phone is the dedicated Bixby button. However, we’d best wait for the official word before jumping on the criticism boat. 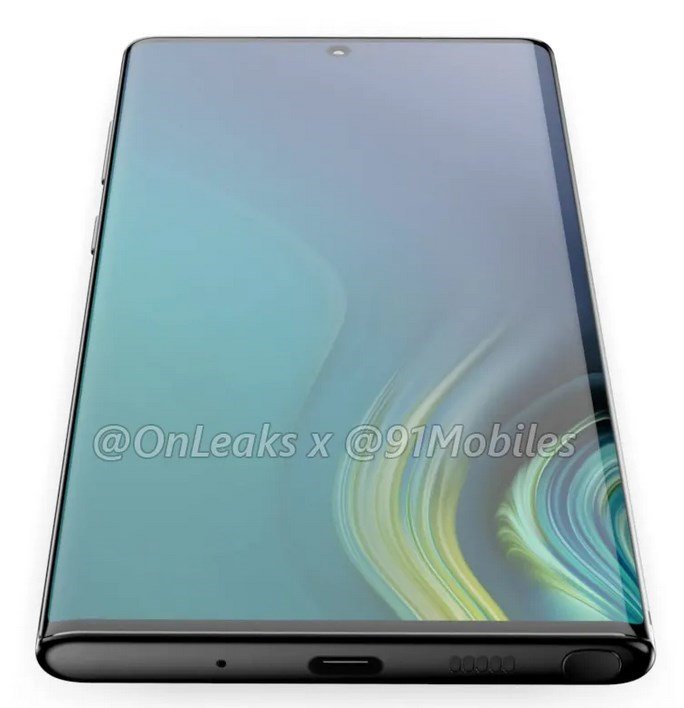 The Note10 has an S-Pen slot, a speaker grille, a mic, and a Type-C port on the bottom. On the opposite end of the frame is a SIM card tray, a secondary mic, and an IR blaster. The device has a metal frame and a glass back design.

There is apparently a Pro variant of the Galaxy Note10 which will feature 4 rear cameras,  pressure-sensitive buttons and UFS 3.0 storage. We will keep you posted when we hear more about the device.