Oppo is yet to officially announce the launch date for Oppo F9 Pro, though we already have an official launch date for the standard variant i.e. Oppo F9. This indicates that Oppo F9 will officially launch on 15th August which is just two weeks away. We already know the alleged hardware specifications of Oppo F9 Pro thanks to earlier leaks.

Oppo has already confirmed some of the hardware specifications of Oppo F9 Pro through teasers on social media channels, while leaks surfaced on the web reveal more details. One of the confirmed specifications is the front camera details which is going to be a 25MP AI front snapper with HDR sensor. Today, we have another official confirmation which states that it comes with 90.8% Screen-to-Body Ratio which is far more than Oppo F7 yet about 3% less than Oppo Find X. Another confirmation comes from Corning which issued a press release today, revealing that Oppo F9 Pro will be the first device featuring the Corning Gorilla Glass 6. 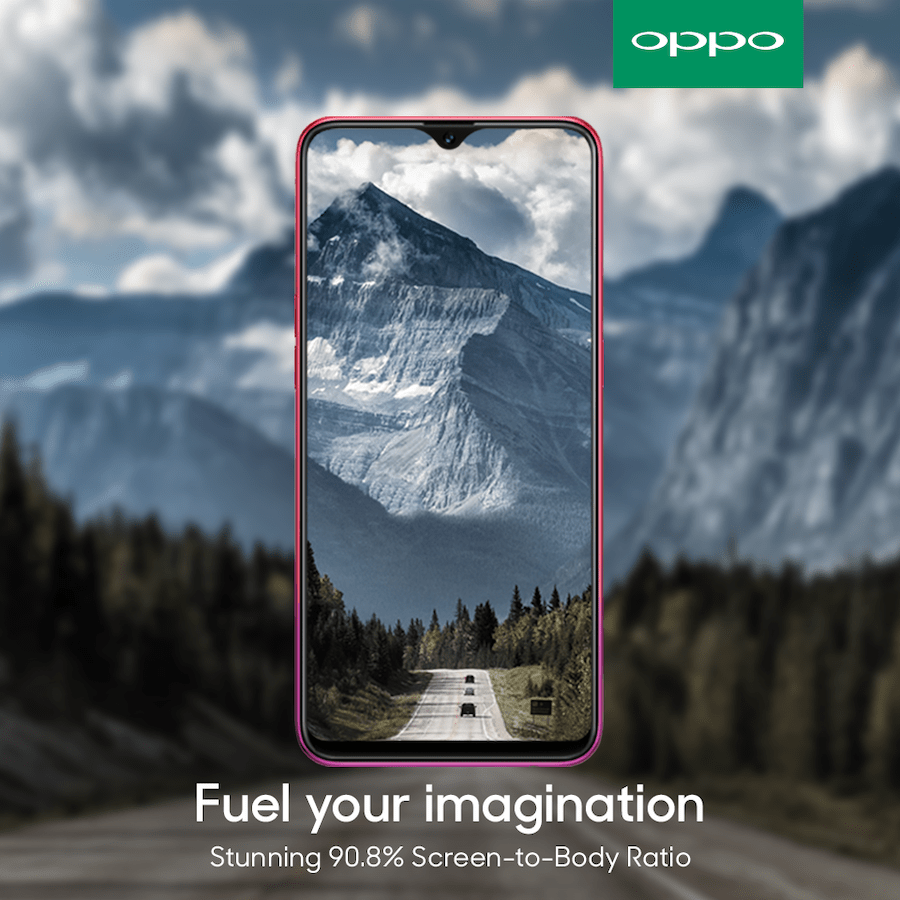 Based on rumours, Oppo F9 sports a 6.3-inch IPS LCD 19.5:9 waterdrop FHD+ display (1080 x 2280 pixels) with Gorilla Glass 6 protection with a screen to body ratio of 90.8 %, powered by octa-core MediaTek Helio P60 chipset along with 6GB of RAM. In terms of camera, it sports dual 16MP sensors with LED flash on the rear with 25MP front-shooter for selfies & video calls.  The OPPO F9 Pro will come with 128GB storage, expandable up to 256GB via a microSD card. Connectivity options include dual-SIM and 4G VoLTE. It is backed by a 3,400mAh battery with the fast charging support.