The November Update for Galaxy Note 10 Plus is currently being seeded by Samsung. The software is rolling out to users in India, and some people have already received the update via an OTA on the 2019 flagship phone. 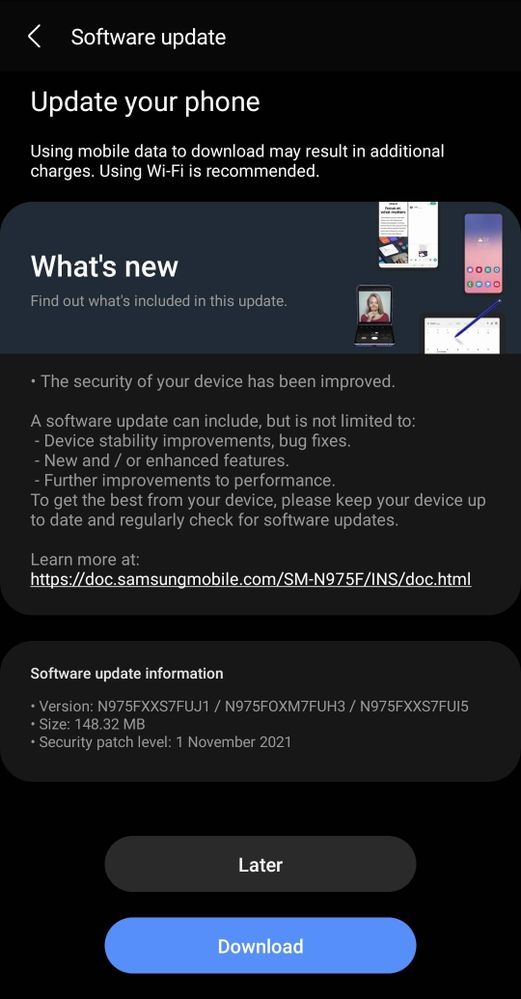 The firmware includes the fixes from the November Android Security Bulletin from Google. Samsung has not provided additional details regarding the update, instead the change log mentions that the firmware contains some improvements to the system stability, and improves the performance of the device.

The company has not updated the device’s support page to include the details of the firmware, so we believe the update could be seeded in batches. But some users at the Samsung Community Forums have posted screenshots of the update screen from their phones.

The update is about 150MB to download. The firmware has the following version numbers: N975FXXS7FUJ1, N975FOXM7FUH3, N975FXXS7FUI5. It is available for the Galaxy Note 10 Plus Indian variant, with the model number SM-N975F.

The update is based on Android 11, with One UI 3.1. But the Android 12 Update for Galaxy Note 10 Plus is not too far away. Samsung will release it in January 2022. You can refer to our Samsung One UI 4 Roadmap article for more details.