Just yesterday we reported about a new series of smartphones from Motorola with three new upcoming devices i.e. Motorola P30, P30 Note and the P30 Play. Even though the company is yet to announce any official details about the launch date or even existence of these devices, Androidpure has access to the official press renders of Motorola P30. The most interesting part about the device, yes you guess it right. Motorola P30 marks the entry of Motorola into the “Notch” kind of smartphones as every other OEM has done. 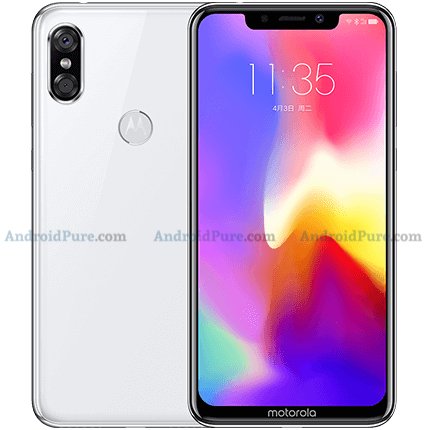 As you can see from these renders, Motorola P30 comes with an iPhone X kind of notch at top of the display with negligible bezels at the sides while narrow bezels at the bottom along with Motorola branding. On the rear, you can clearly see a dual camera module aligned vertically at the top left with LED flash in between the camera sensors while the fingerprint sensor is present at the conventional place at rear with Moto logo. In short, it looks like an iPhone X clone.

In terms of hardware specifications, it features a 6.2-inch Fullscreen 19:9 aspect ratio 2.5D display, powered by an octa-core processor along with 6GB of RAM. It comes with two variants of storage i.e. 64GB and 128GB.

In terms of camera, the dual camera module at rear consists of 16MP primary sensor & a 5MP secondary sensor with f/1.8 aperture while on the front, you get the 12MP snapper with a f/1.8 aperture with AI & AR support, for selfies & video calls. In terms of battery back, P30 is backed by a 3,000 mAh battery with fast charging support with 18W charger.

At the moment, we do not have any official launch date but we expect the official unveiling to happen soon.  Similarly, we have no clue about the price of the device too. As and when we get more info, we will update you. Stay tuned at Androidpure and we will keep you updated,