A new teaser video which Oppo posted on Weibo, reveals that the Oppo R17 Pro camera supports variable aperture. This could be similar to what we saw on the Samsung Galaxy S9, S9 Plus and the Note 9. 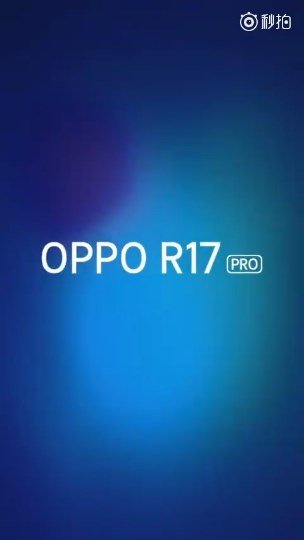 We have been reporting about the Oppo R17 for a while, and this is the first time we have seen the Oppo R17 Pro moniker mentioned by the company.

The Oppo R17 is actually quite similar to the Oppo F9 (and F9 Pro) in terms of the design, which we have seen in prior leaks. All three devices sport the new notch display, which Oppo has termed Waterdrop screen.

We think that the Oppo R17 Pro could be the higher end variant of the regular version, perhaps in terms of storage and the memory, or perhaps the camera will be the difference. We really can’t say for sure at this moment.

Here is a recap of the R17’s tech specs.

Assuming that the Oppo R17 Pro has the same 16MP camera, this is the lens which has a variable aperture. The company calls this as “smart aperture”, which will intelligently switch between the f/1.5 and the f/2.4 apertures depending on the lighting conditions.

There is no launch date for the Oppo R17 Pro yet, but given that the regular R17 is set to launch on August 18th, we wouldn’t be surprised if the Pro version is announced on the same stage.