by Ashwin Karthik
in Editorial

You may know that Xiaomi recently launched the Redmi K20 and the Redmi K20 Pro in India. What you may not be aware of is the unethical things Xiaomi has resorted to surrounding the phone and promoting the devices. 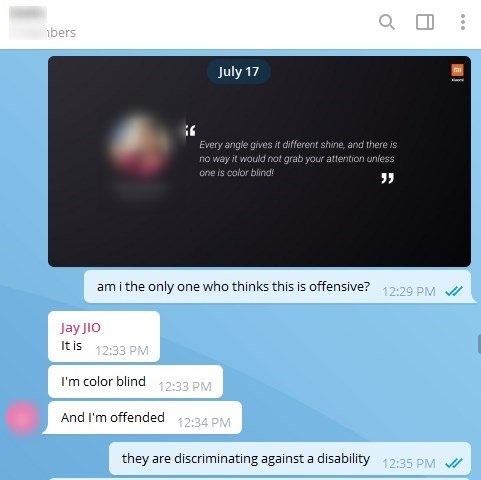 Now all this may sound like a rant, coming from a nobody like me, but if it falls on me to call out Xiaomi’s errors, so be it.

This isn’t an opinion about the device or its prices, rather an observation on the behaviour of the company.

During the launch of the Redmi K20, one of the slides in the presentation (from a Mi Explorer) read as follows:

Every Angle gives it a different shine, and there is no way it would not grab your attention unless one is colour blind.

I am not sure if the person said that herself, or if it was someone in Xiaomi India’s marketing think tank. But let me call out Xiaomi on its errors.

Though colour blindness is not a complete disability, it is technically one. Did not a single person involved during the launch process at Xiaomi know that? Seriously, this is a terrible form of discrimination. Xiaomi should retract the message and apologize to users whom it may have offended.

I was shocked when I watched the slide on the live stream (note the time-stamp in the screenshot), and shared it on a group which I’m a part of, and asked whether anyone found it to be offensive. My friend told me he was offended.

If this happened say in the US, or UK, it would have been met with outrage.

A lot of people didn’t like the price of the Redmi K20 phones, and took to Twitter and other social media to voice their opinions.

Yesterday Manu Kumar Jain, the Global VP of Xiaomi & Managing Director of Xiaomi’s India operations posted a public letter defending the pricing of the devices, on Twitter. There’s nothing wrong with what he did or the reaction of the people.

Everyone is entitled to their opinion, people who were expecting lower prices too. We should respect that, shouldn’t we?

Manu Jain liked a Tweet from a “big writer”, who used a derogatory term to attack the Indian users who were complaining about the price.

Here’s a screenshot of the Tweet, and proof that Jain liked it. 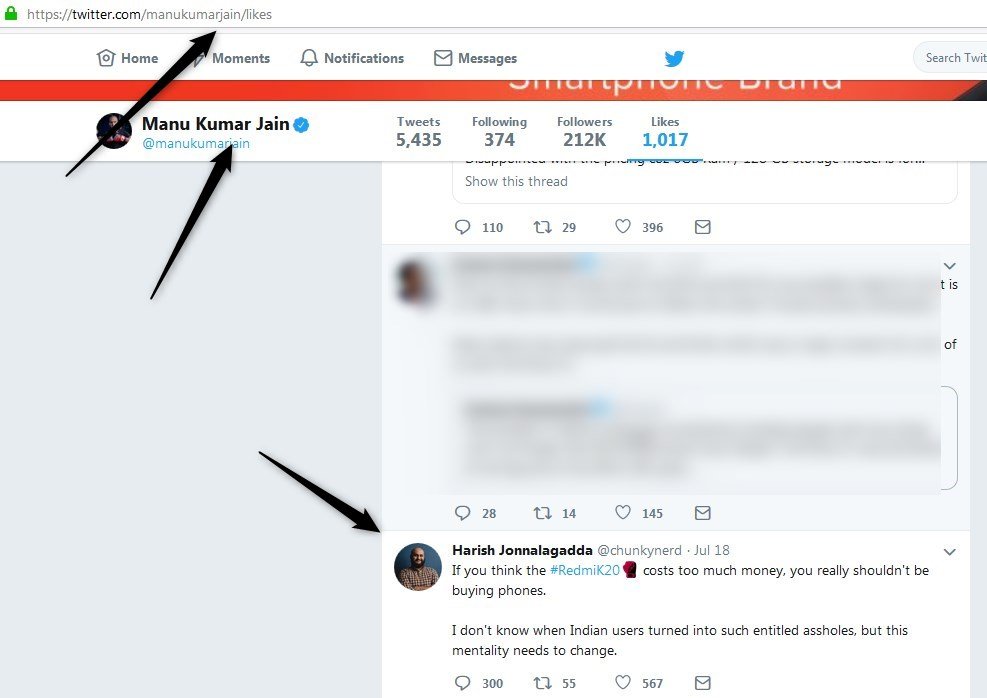 If the writer is reading this, allow me to retort in kind by saying, have you ever heard of freedom of speech? If you think Indians can’t have their own expectations and opinions, you’re the biggest “derogatory term that you used”, yourself.

And if what the writer did was unethical, what Jain did by liking said Tweet is downright unprofessional. It means he agrees with the arrogant statement made by the other person. A company’s chief, someone who is a leader to his employees, should set a better example, especially when it comes to anything publicly done or said on social media.

No Ads is a feature now?

One of the features listed in the public letter posted by Manu Jain, is “No ads. Really? Is that a feature now?

It is possible the ads may be patched out, but the other issues obviously cannot. What’s done is done. What do you have to say Mr. Jain?