The Quest, is a critically acclaimed RPG which was originally made for Pocket PC (Windows Mobile), before it was ported to iOS in 2009. Seven years later, it is now available on Android devices.

The developers, Redshift Games, offered AndroidPure a review code for The Quest, and here is what we think about the game.

Well, I’m not gonna explain it in depth, that will ruin things. The story involves the hero, who is chosen by the King, and given a mission to find the whereabouts of a Governor. The game plays in an open world, so feel free to roam in search of adventure. There are a lot of sidequests too, so you can spend time to solve those. You can steal from NPC’s, and there is a chance you can get caught, which will hamper your reputation.

You can choose to play from one of 5 races. Each have specific bonuses and weaknesses.

You can pick from pre-determined class kits or customize them.

The Quest features hand drawn graphics, and they look a bit dated, especially the animations, but the game play is solid and makes up for it. You can switch to tablet or phone UI, depending on the device. Tablet mode has a higher resolutions (smaller text). The Quest has a day and night cycle which looks cool, just like PC RPGs. The Quest has some good ambient music which complements the atmosphere really well, giving it an immersive experience.

There is a compass on top which shows the direction you are facing. The large box on the right of the screen cannot be hidden in anyway. To the left of this box, is an arrow which is used to access the menu.  The portrait can be used for accessing the inventory, character stats, etc. The tent icon lets your character rest, the potions icon lets you use your mana and health potions. The magic  icon lets you cast spells, and these cost mana. The I and II icons can be used for switching between weapon sets.  Tapping the weapon icon performs an attacks move.

The curved arrows are used for turning, the up/down arrows let you move forward/backward, and the left/right buttons let you strafe left and right.  The controls are finicky at first, especially during combat. Speaking of which, you enter a turn based mode during battles. Be warned, ranged characters can attack you easily. You will get used to the controls after a while. We spoke to the developers, and they have officially confirmed that The Quest does not support gamepads, and the studio has no plans to introduce swype gestures or touch screen friendly d-pads.

There is a mini map in the bottom right corner, tapping on which expands to a full scale map of Freymore.

We played the game for a couple of hours and had fun laying enemies and exploring the world. The quirky controls and the dated graphics can be attributed to the fact that it is a port of an old game, and it actually gives it a nice old-school antique look. You can interact with NPCs, with some dialogues offering quest hints and side quests, which was pretty cool.

It may not be Skyrim, but The Quest is a great RPG game on mobile and on PC (available on Steam).  There aren’t very many 3D-RPGs on Android, especially as in-depth as this, a fact which proves why The Quest is must buy, with its pixelated graphics, and first person gameplay.

You can buy The Quest for $7.99 (or Rs. 550) from Google Play. It may seem like a steep price, but for the endless hours that you can spend questing (pun intended), it is more than worth its asking price. 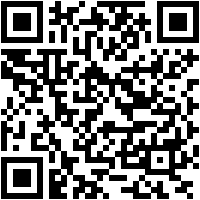 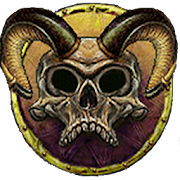 Warning: The game has some adult content, which is optional, but you may stumble upon it easily.

Avinash Kumar - Modified date: September 5, 2019
ASUS 6Z was launched in India a few months back which is the globally launched Zenfone 6 and the company has to settle for...

Samsung Galaxy A51 and Galaxy A71 to launch soon in India

Samsung Galaxy A51 and Galaxy A71 to launch soon in India