by Ashwin Karthik
in News, Leaks

Unofficial renders of Sony’s upcoming flagship have appeared online. And these Sony Xperia Z4 leaked photos show off a mix of a new design, with a tinge of déjà vu. 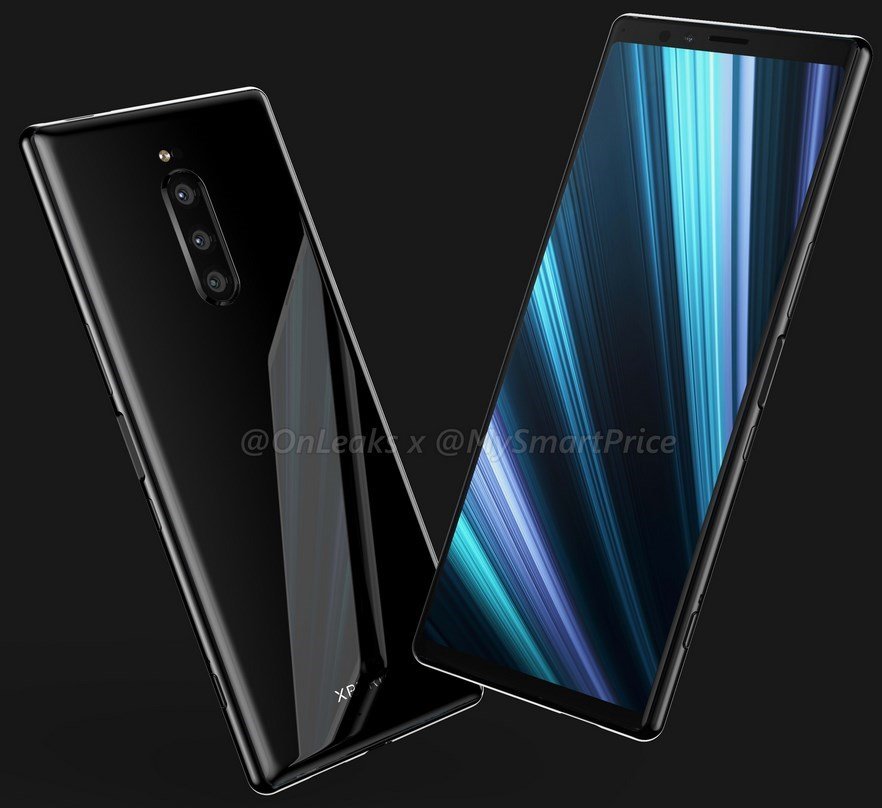 Now, coming to the nostalgic part, the overall appearance of the phone resembles a typical rectangular candy bar design.  The display seen in the Sony Xperia XZ4 leaked pictures reveal a tall screen, which is reportedly 6.5-inches in size. It is rumoured that the aspect ratio of the display is 21:9 aspect ratio, like its predecessor, the Xperia XZ3.

Despite the fact there is no notch on the Xperia XZ4, there seems to be significant forehead and chin bezels. And there aren’t front facing speakers on the bezels, so what’s the point Sony?

The Sony Xperia XZ4 leaked photos from MySmartPrice, reveal triple rear cameras, the details of which remain a mystery. There is an LED Flash to go along with the cameras, and a dedicated camera shutter button on the right side of the device.

Speaking of which, the Sony Xperia XZ4 leaked renders show a power button on the right, which includes a side-mounted fingerprint scanner, a tradition which the company has followed for a long time.

Sadly, the company is now following the unfortunate trend set by many companies. You know what we are talking about, the Sony Xperia XZ4 does not have a 3.5mm headphone jack, and users will instead have to rely on the USB Type-C port for their audio needs.

The Sony Xperia XZ4 is expected to be announced at the MWC 2019 tech show, which is set to take place between February 25th to 28th, in Barcelona. We can expect more leaks about the device before the official announcement.