Samsung has made the Galaxy M51 official in India. The battery monster phone had debuted in Germany about a week ago before it was announced in our Country. 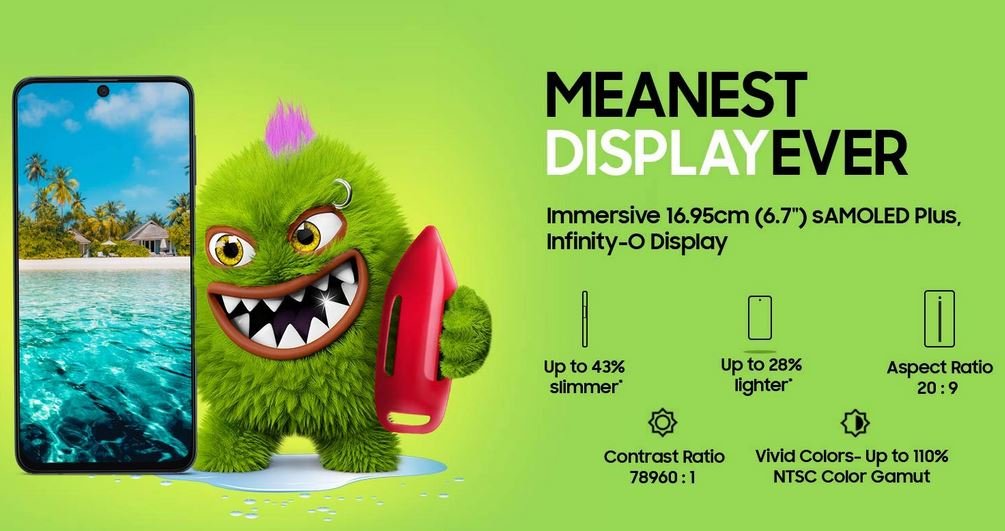 The Samsung Galaxy M51 is backed by a 7,000 mAh battery and it supports 25W Fast Charging over a USB Type-C port. The company is bundling a Type-C to Type-C cable in the box for Reverse Charging other phones.

The device is powered by a Qualcomm Snapdragon 730G octa-core processor clocked at 2.2GHz with an Adreno 618 GPU, 6GB/8GB of RAM and 128GB of storage. The handset has a dedicated microSD card slot that is part of a triple card tray, and supports up to 512GB of expandable memory.

The Samsung Galaxy M51 is equipped with a 6.7-inch Infinity-O Super AMOLED Plus display that has a 32MP Sony IMX 616 punch-hole selfie camera at the top of the screen. The panel has a 20:9 aspect ratio, 110% NTSC Color Gamut, 78960:1 Contrast Ratio. The phone runs on One UI Core based on Android 10, and has a side mounted fingerprint scanner. The selfie lens supports Face Unlock.

The Samsung Galaxy M51 has been priced at Rs. 24,999 in India for the 6GB/128GB variant, and at Rs. 26,999 for the 8GB/128GB version. The device will go on sale on 18th September at 12 Noon on Amazon and Samsung.com. The handset will be available in Celestial Black and Electric Blue colours.

HDFC Bank users can avail Rs. 2,000 off when purchasing the phone using the bank’s cards or through EMI.