Samsung is about to launch a new series called the Galaxy F. The first phone of in the series has been leaked via 2 online listings. 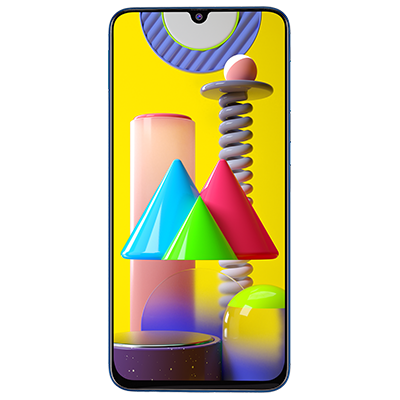 The first is a Google Play console listing spotted by XDA. It reveals a phone called the Galaxy F41, and this appears to be the first device in the new series. 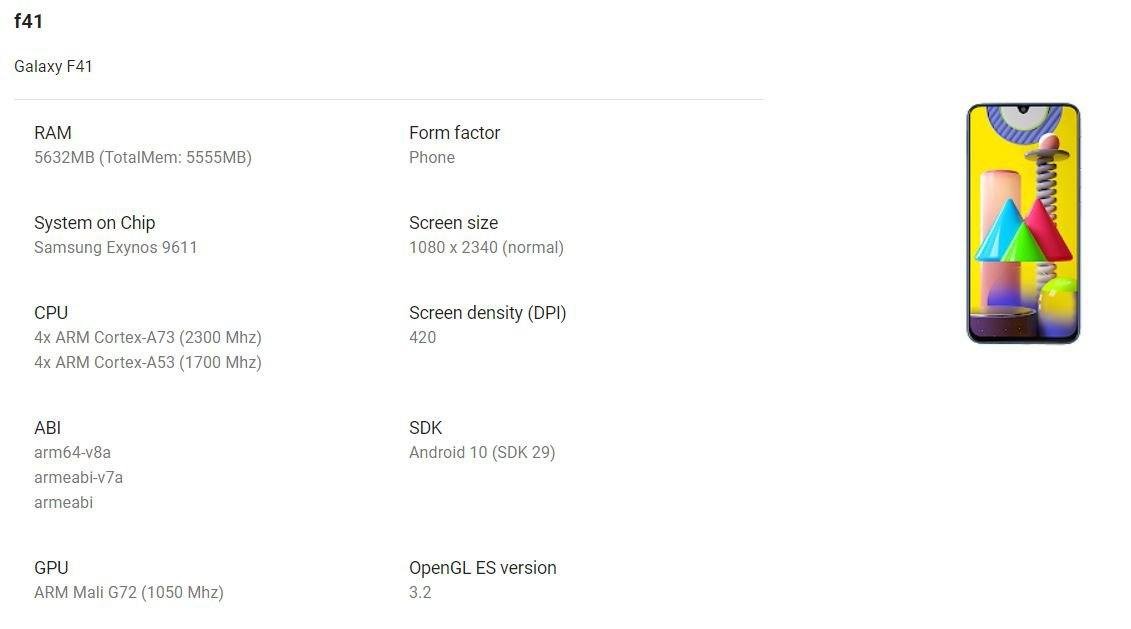 It also confirms the Samsung Galaxy F41 specs and design. The handset runs on Android 10, likely with Samsung’s OneUI on top. The device is powered by an octa-core Exynos 9611 processor, and has 6GB of RAM. The graphics are handled by a Mali G72 GPU. The phone has a Full HD+ display with a screen density of 420 DPI, and a resolution of 2340 x 1080 pixels. The Galaxy F41 has a water-drop notch to house the selfie camera.

GSMArena spotted a manual for the phone has on Samsung India’s website, and it tells us that the Galaxy F series will feature camera-centric phones. 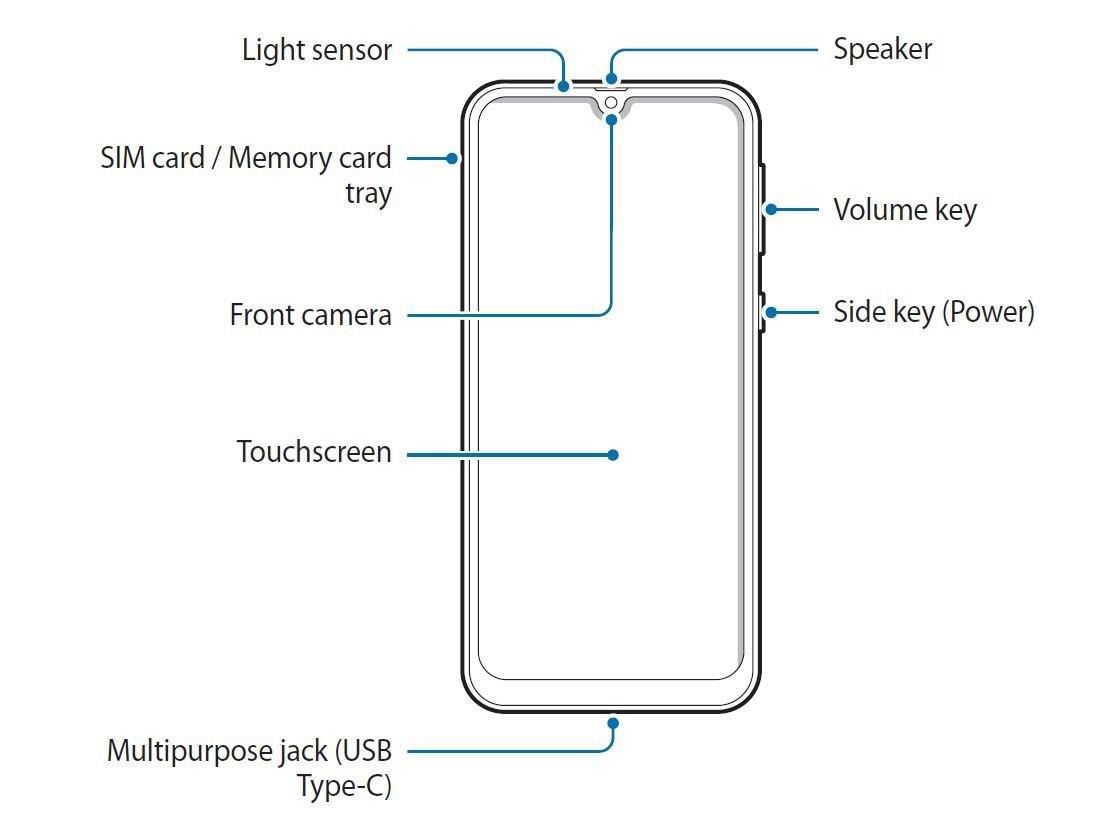 Schematic diagrams of the device shed further light on the Samsung Galaxy F41 specs, which includes a light sensor and a speaker at the top of the frame. The right side is home to the volume keys and the power button, while the left edge has the SIM tray with a dedicated memory card slot.

The bottom is home to a multipurpose USB Type-C port that supports fast charging. The Galaxy F41 does have a 3.5mm headphone jack, alongside a speaker and main microphone. 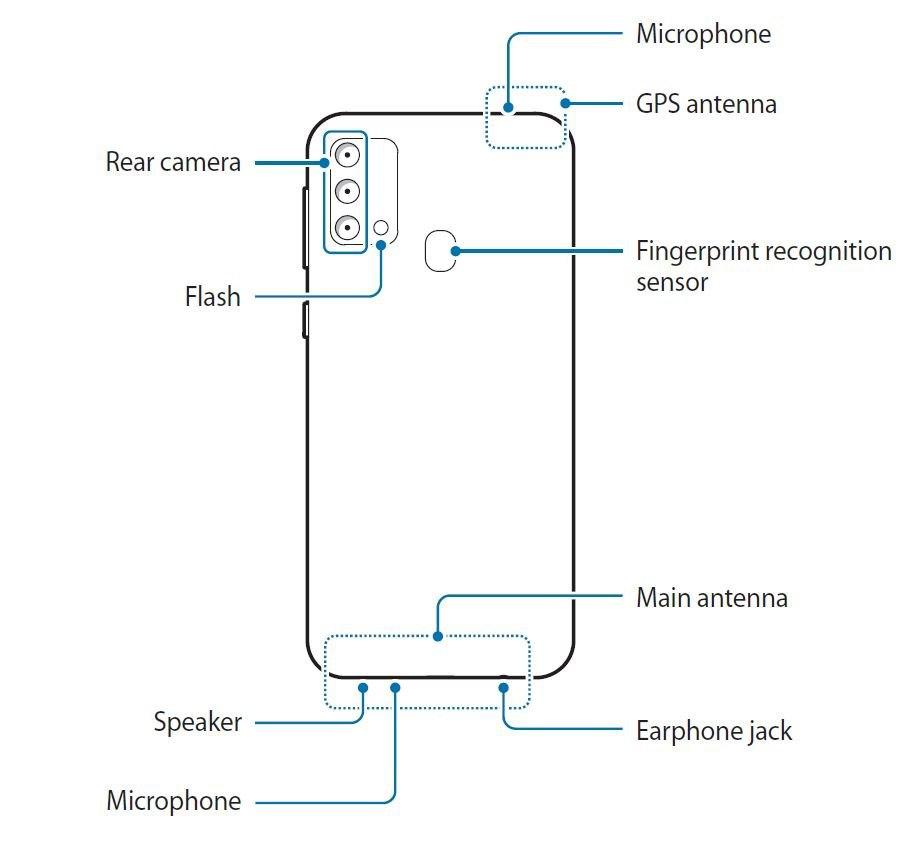 Moving on the rear panel, the Galaxy F41 sports triple cameras placed vertically along with an LED Flash. The device has a rear-placed fingerprint scanner.