A Redmi K20 benchmark has been spotted on Geekbench. And it pretty much confirms the mid-range specs of the phone. 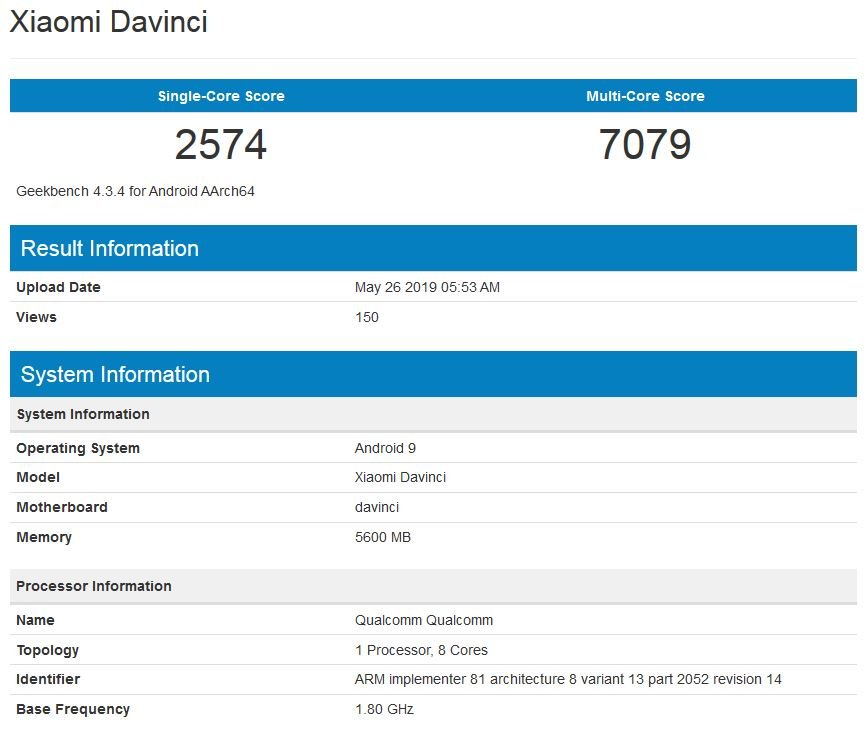 The device has 6GB of RAM, and is powered by a Qualcomm Snapdragon octa-core processor which is clocked at 1.80 GHz.

Compared to that, the Redmi K20 benchmark seems impressive with a single-core score of 2574 points, and a multi-core score of 7079 points. For reference, the Geekbench score is higher than the OnePlus 6, ASUS Zenfone 5z, Galaxy Note 9, etc, all of which are Snapdragon 845 phones. That’s how impressive the Snapdragon 710 is.

Here’s a recap of the Redmi K20 Pro specs, some of which were confirmed in a real life photo today. We expect the Redmi K20 to boast similar specs.