The Realme Android 10 Update Roadmap has been officially announced. Here are the phones that will get the update. 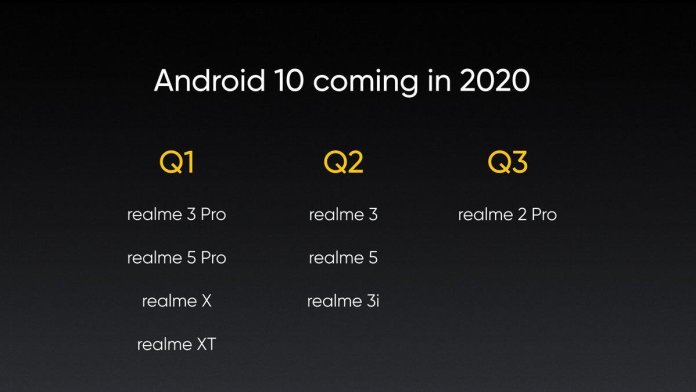 According to the official announcement, Realme will begin updating its devices to Android 10 in Q1 2020. That’s January – March, obviously. But that deadline is a whole 6 months from now. And Google has already announced Android 10. So, the delay is massive.

And it only gets worse for the Realme 3, Realme 5 and Realme 3i, because they will only get the update in Q2. That might arrive as late as June.

The Realme 2 Pro is scheduled to be updated in Q3. So, if the update arrives in September 2020, that is an entire year away from now. That’s not impressive at all.

And the list is missing quite a few phones as well. The Realme devices which won’t get the Android 10 Update include the following.

So much for boasting we updated every phone to Android Pie, when phones launched this year aren’t even included in the Realme Android 10 Roadmap.

Now, we don’t know for sure whether these phones won’t be updated. But considering the terrible delay in the planned update timeline.