The Realme 6 and Realme 6 launch date has been confirmed by the company. And it appears that the company has managed to snag Bollywood Superstar Salman Khan as its brand ambassador.

The image tweeted by the company shows the actor holding the phone. You can see what appears to be a dual-punch hole cutout in the top left corner for the selfie cameras.

The Realme 6 seems to have narrow bezels and a minimal chin. One key aspect that has also been confirmed via the official teaser poster is the main camera of the phone. The device will have a 64MP camera.

And a teaser image from yesterday shows the company’s CEO, Madhav Sheth and Salman Khan posing together, but it also carries a watermark that says 64MP AI Quad Camera. So,  that’s what the Pro Camera in the teaser means. 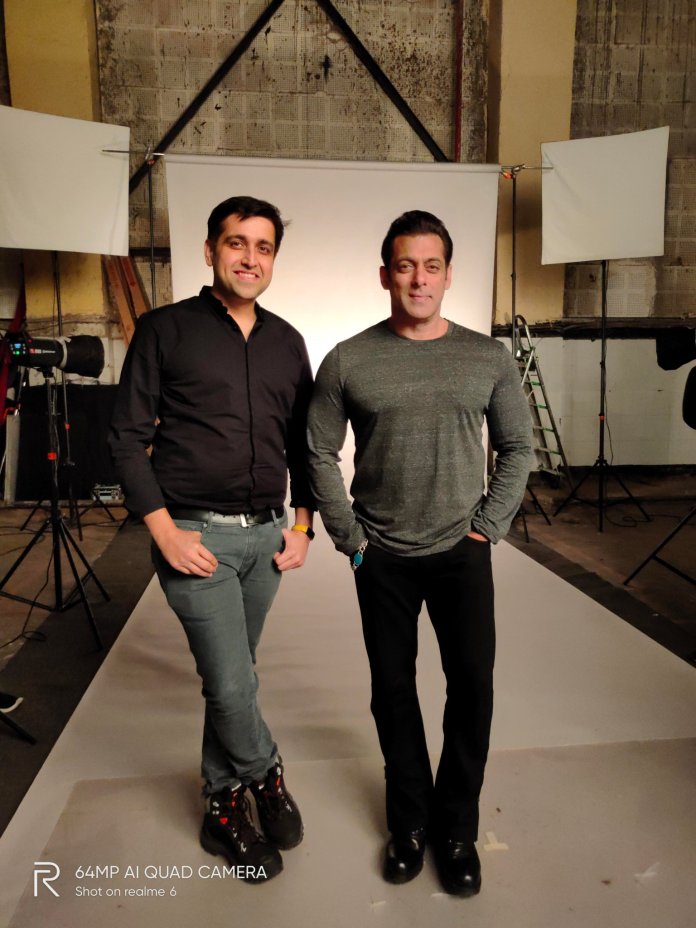 The teaser hints at Pro Display, which we are not sure about yet. Realme has a bling order page on its website, and it shows that the phone has an earpiece at the top. The odd cut-out on the right edge seems to be a long key possibly for the volume rocker buttons, though the positioning doesn’t seem right. 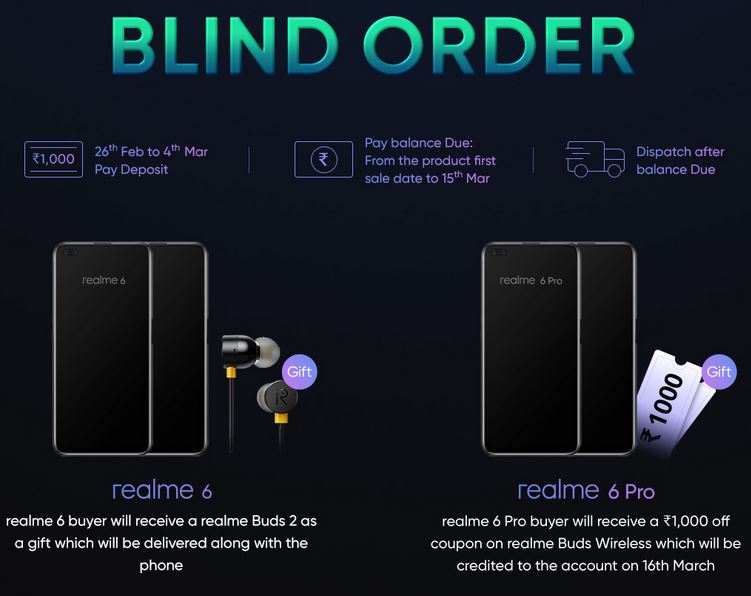 The Realme website has a special offer page which says that Potential buyers can pay Rs. 1,000 as deposit up front for a 100% chance to buy the new phones. As a bonus Realme 6 buyers will get the Realme Buds 2 for free with their purchase, and Realme 6 Pro buyers can avail Rs. 1,000 off the Realme Buds Wireless.

The Realme 6 and Realme 6 Pro launch date in India is set for March 5th. The devices debut only a month after the Realme 5i was announced, but frankly this is something that we have gotten used to from the company.