Realme 3i back panel design revealed ahead of official launch

Yesterday, we reported that a new device called the Realme 3i will be launching along the Realme X. And today, the company has revealed the design of the Realme 3i back panel. 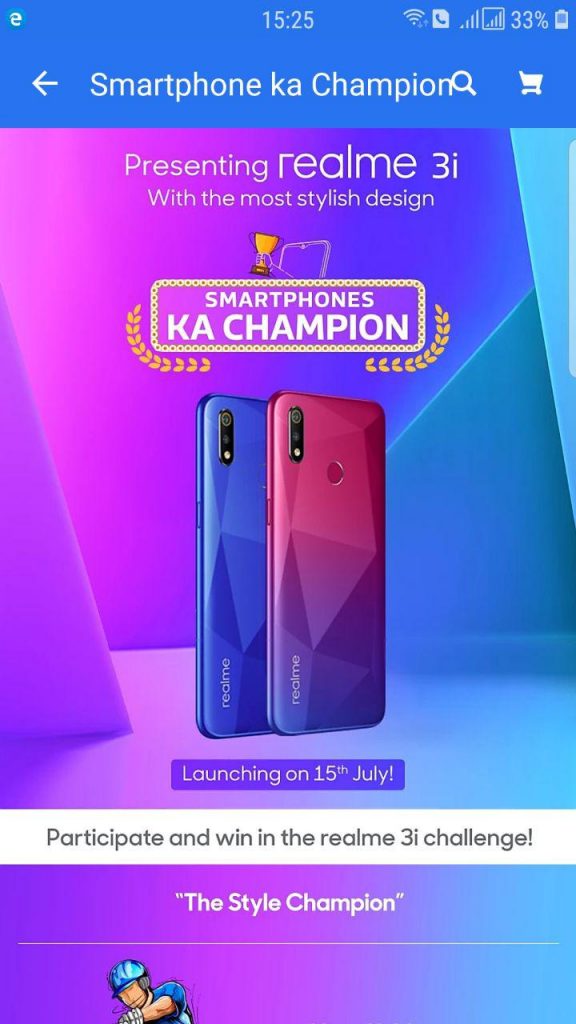 Realme 3i back panel design

The phone doesn’t have a gradient finish like its bigger brother, and instead will sport the iconic Diamond pattern which the company popularized in its previous phones. This is likely what the “Style Champion” tag refers to.

The rest of the Realme 3i back panel seems to be similar to the Realme 3, as it has an identical dual camera setup which is placed in a vertical bump along with an LED Flash. There is also a fingerprint scanner in the middle of the panel and a Realme logo towards the bottom right corner.

The previous renders from the company confirmed that the phone has a water-drop notch display. Realme has also claimed that the upcoming device will have a big battery.

The Realme 3i and Realme X launch date is set for July 15th, but we think the company could share more information about the phone before the official announcement.