Realme 3 Pro September security patch rolls out along with Digital Wellbeing, Screen on Time, and a few fixes

The Realme 3 Pro September security patch is rolling out to users. And it brings a few features and fixes with it. 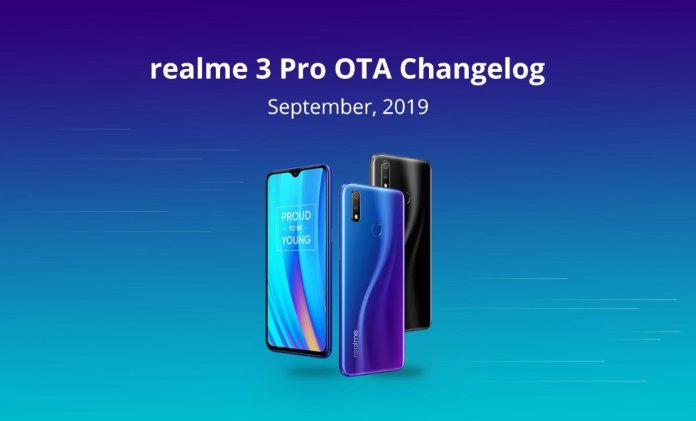 The OTA also brings support for Digital Wellbeing. It also adds a much wanted feature to ColorOS, the screen on time is now displayed in the settings. You can now use the phone to Clone more apps like PayTM, Google Pay, PhonePe, Amazon, Flipkart.

Long pressing the power button can now be used to manually lock the phone. There are few network relating settings as well, such as the option to limit the speed of devices connected to a hotspot, view the data used by connected devices. You can now set a custom reminder for data usage as well, which can help you avoid over usage.

The lock screen now supports a date and weather widget. The notification center has been redesigned, and supports the swipe left or right gesture to dismiss a message.

The Realme 3 Pro September security patch is being seeded and should reach all users soon. Remember, this is not the Android 10 update, that is set to arrive sometime in the next 6 months.

OnePlus 7T launched; all you need to know about the phone