Xiaomi Redmi series devices have managed to capture the entry-level smartphone market in India and other brands are finding it tough to compete with Redmi series when it comes to smartphones priced between Rs. 5,000 to Rs. 15,000. OPPO has announced a new sub brand “RealMe” which appears to be inspired by Redmi and plans to announce a new entry-level smartphone RealMe 1 on May 15 which will be exclusively available through Amazon India only. 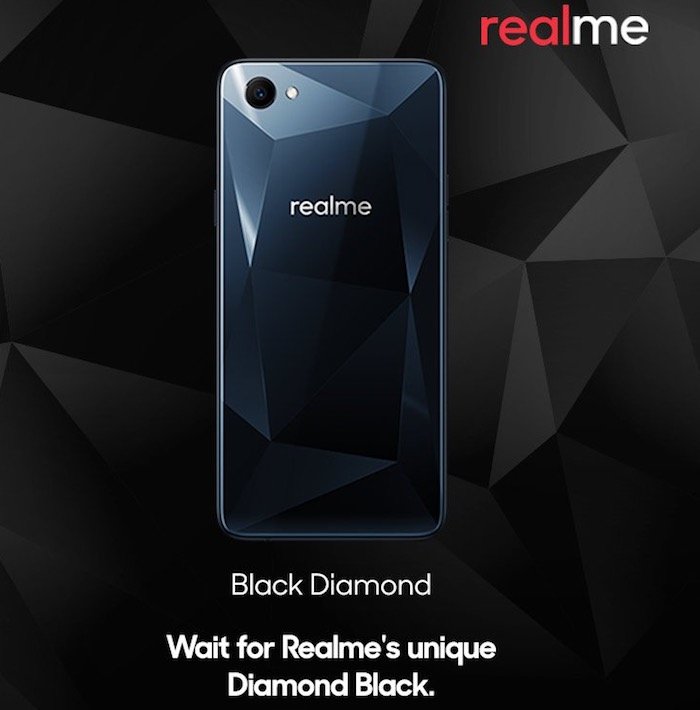 The company has not announced any other details about RealMe 1, though they did share the render image of the device from rear which shows a Diamond Black design which is different from most of the affordable phones or Redmi Phones. The Amazon teaser page talks about the generic designs of affordable smartphones which look almost same. from the rear render, we can see a single main rear camera at the top along with LED flash. There is no fingerprint sensor at rear which suggests its positioning on front as home button (if available).

Another render gives the side view of the device which shows the Volume rocker buttons on one side & power button on other side along with the sleek design of the phone. Unfortunately the Amazon teaser page doesn’t reveal any other hardware specifications of Oppo RealMe 1 or any details about the price, we can expect it to be similar to Xiaomi Redmi devices.