The OnePlus 8 price in India has been revealed by the company. In case you missed it, the company announced its flagship phones last week. 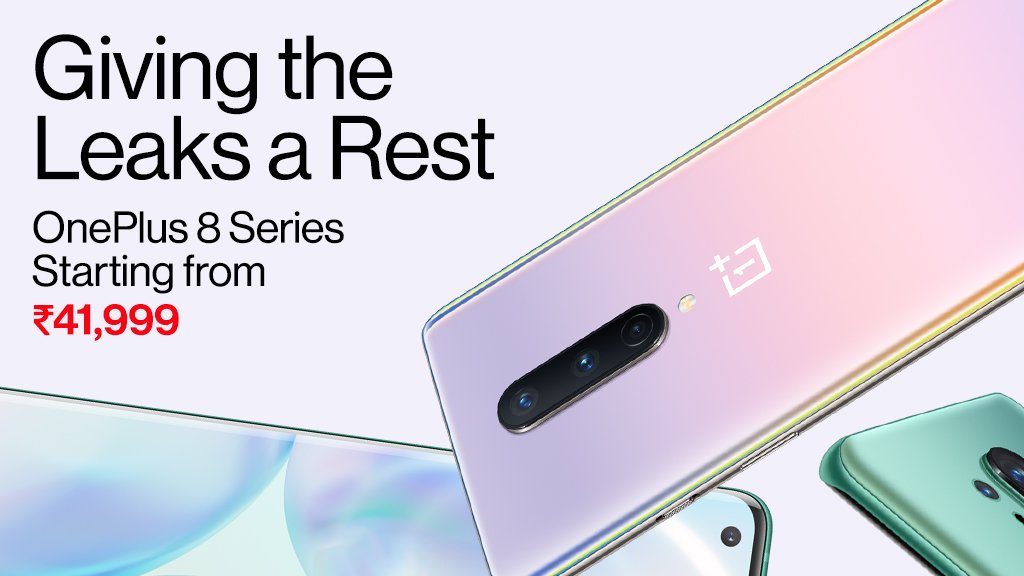 The company took to Twitter to announce the price, and Amazon has a page with more details. Here’s what we could gather from it.

It’s nice to see that OnePlus is treating India better than America, but there are rumours which say that it may have been influenced by something else. Apple recently announced the iPhone SE 2, and priced it at $399 in the US. In India however, the price is a whopping $556. Compared to this, the OnePlus 8 offers much better specs for the price.

MIUI 12 to be announced on April 27th in China