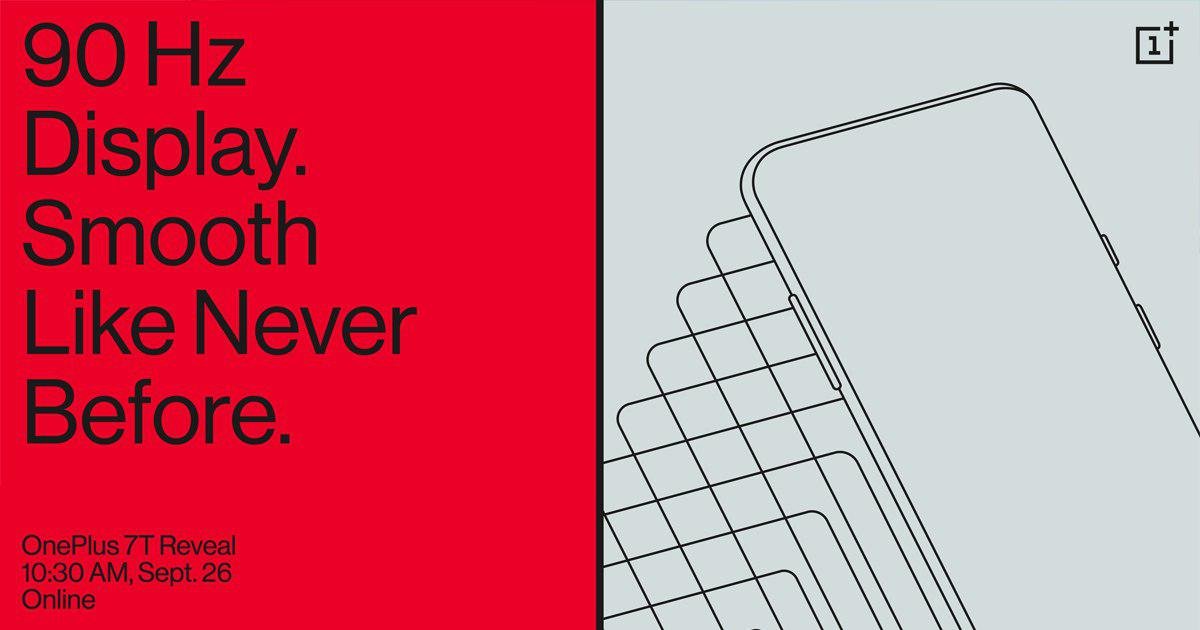 The launch event teaser confirms the 90Hz display for OnePlus 7T series which till now, is only available with the OnePLus 6 Pro variant. The new flagship series will be sold in India via Amazon India during the “Great India Festival” starting Sept 29 and the landing page for the same is already live.

OnePlus 7T to launch on September 26th in India along with 7T Pro; specs leaked

The OnePlus 7T launch date has been leaked, and a Pro variant will debut along with it. If you remember, the OnePlus 7 and OnePlus 7 Pro were announced in May this year. 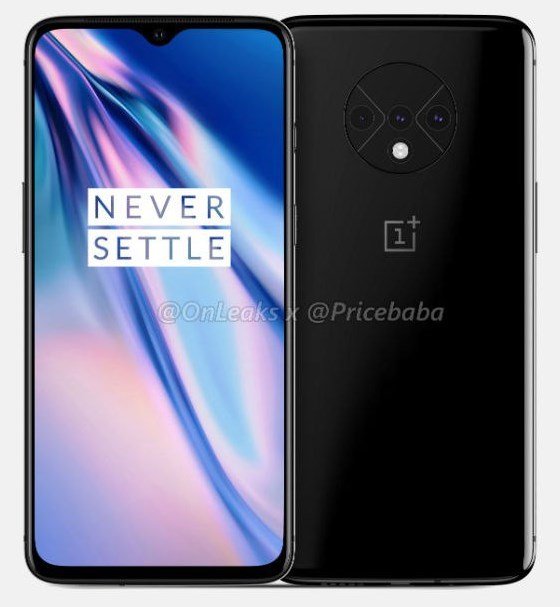 According to a report by PriceBaba and Ishan Agarwal, the OnePlus 7T will be launched on September 26th in India. That’s just 4 months after the previous generation was launched.

Now, the OnePlus 7T specs aren’t a huge upgrade either. It will sport a 6.55″ 2K Super AMOLED display with a 90hz refresh rate. It will have a smaller notch than the OnePlus 7. The 7T will be powered by a Qualcomm Snapdragon 855+ processor, with 8GB of RAM. It will be available in 128GB/256GB of storage and will be backed by a 3,800 mAh battery.

The camera department of the OnePlus 7T is where things look quite a bit different. Gone is the vertical bump with the dual cameras, and instead there is a circular camera bump, with a lens sitting in the middle, and 2 lenses on either side placed in pie-slice shaped areas. An LED flash sits below the main lens, but the absence of a sensor on the top makes the overall design asymmetrical.

The report says that the OnePlus 7T camera specs comprise a 48MP primary camera, with a 16MP lens and a 12MP sensor. The cameras will support Wide-angle video, so we think one of these could be a wide-angle lens, and the other a telephoto lens. The cameras are also capable of shooting Nightscape pictures, and recording 10-second slo-mo videos at 960 fps. The selfie camera on the phone is a 16MP lens.

And from what we can tell from these pictures is that the OnePlus 7T doesn’t have a rear-facing fingerprint scanner, and hence will likely be equipped with an in-display sensor like the OnePlus 7.

The OnePlus 7T launch date is about a month away from now, so we may see more leaks about the device before it is officially announced.