A listing on Orange Slovakia has revealed most of the Moto G9 Plus specs ahead of the phone’s official debut. The Lenovo-owned company had announced the Moto G9 last month in India. 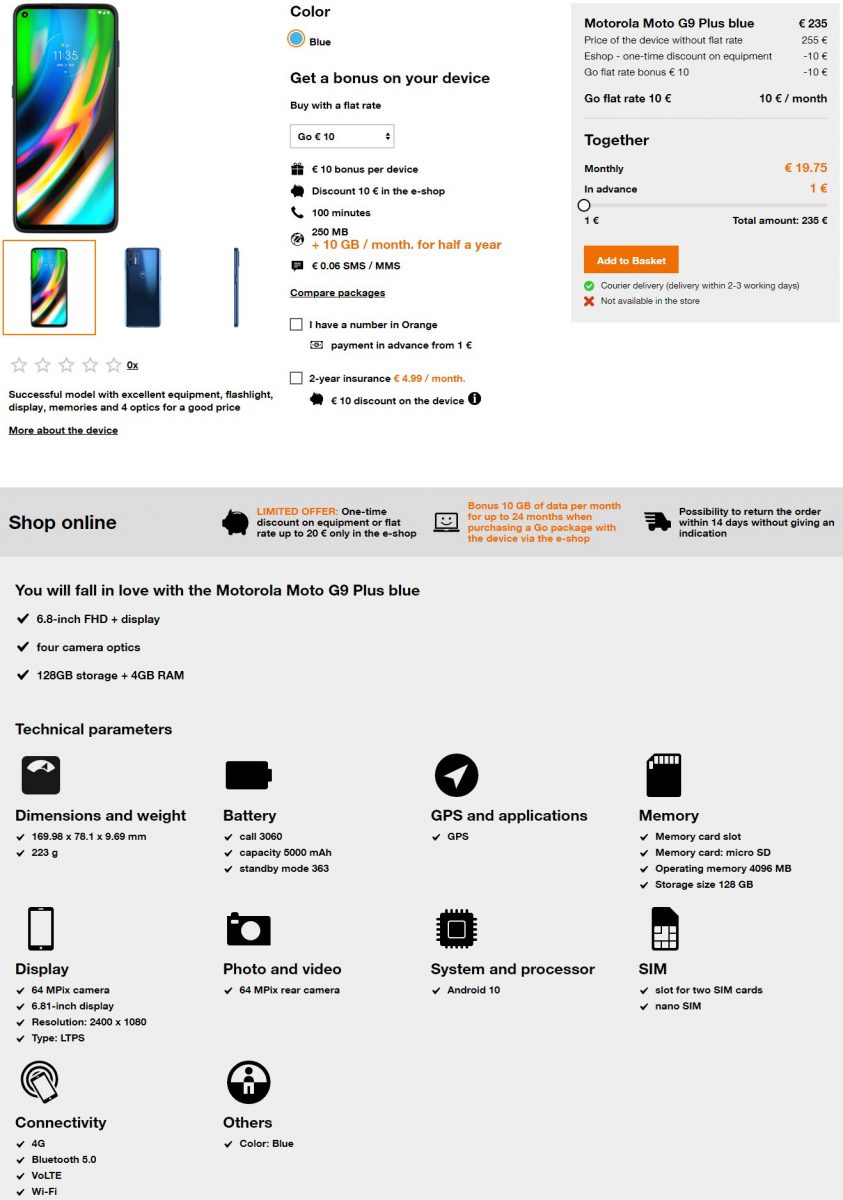 The Plus variant appears to be a higher-end model with substantial differences in the design. The panel on the phone is a 6.8-inches Full HD+ LTPS display that has a punch-hole camera in the top left corner of the screen. The bezels on the handset are fairly narrow compared to the regular model.

The G9 Plus runs on Android 10, has 4GB of RAM and 128GB of storage, and will have a microSD card slot for expandable memory. A similarility between the regular and Moto G9 Plus specs is that the phones are backed by a 5000mAh battery. The device has quad cameras on the back panel, but they are not centrally placed, and instead are located in a vertical bump in the top left corner.

Though there is a traditional “M” Motorola logo on the rear, this one isn’t a fingerprint sensor. The Moto G9 Plus has a side-mounted fingerprint scanner located on the right-edge of the devices frame. The volume rocker keys are located slightly above the sensor, while another button is placed on the opposite edge which we think could be a dedicated Google Assistant button.

The phone measures 169.98 x 78.1 x 9.69 mm, and weighs at 223g. It will support 4G VoLTE, Bluetooth 5.0, Wi-Fi, GPS among other connectivity options. The Moto G9 Plus specs sheet spotted by WinFuture’s Roland Quandt, does not mention the processor that powers the phone, the selfie lens, the rear camera setup, the charging port. We expect it to have a USB Type-C connector and offer some level of fast charging.

The Motorola Moto G9 Plus has been priced at €255 in Slovakia. That’s about Rs. 22,000, but it’s worth noting that phones are often very expensive in Europe.

Realme 7i to launch on September 17th in Indonesia; specs and design leaked