The MediaTek Helio P70 has been officially announced, in New Delhi. The new SoC brings AI features to mid-range phones. 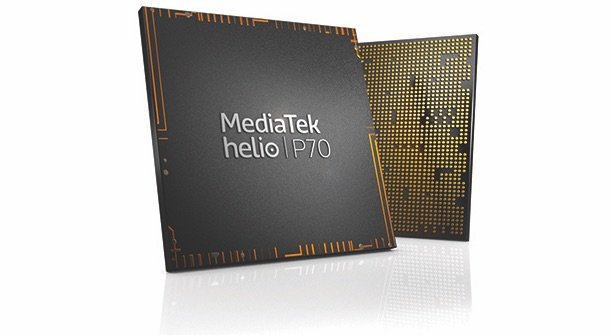 The chipset is built on a 12nm FinFET process, with an octa-core CPU. The Helio P70 has 4 ARM Cortex-A73 and 4 ARM Cortex-A53 cores, and a multi-core APU for AI processing. An ARM Mali-G72 GPU provides graphics support for the SoC.

The Helio P70 has triple ISPs (Image sensing processors) which can support up to a 32MP single camera, or 24 + 16MP dual cameras.

In terms of connectivity, the P70 is capable of supporting Dual 4G VoLTE SIM cards with Dual Standby, at the same time, while providing up to 300MBit/s downlink speeds. Wireless options on the chip include Wi-Fi 802.11 a/b/g/n/ac, Bluetooth 4.2, GBSS, FM Radio.

MediaTek says that the Helio P70 chipset is in volume production, and phones powered by the new chipset will be available from November of this year. Will it make an impact in the mid-range segment? With the Qualcomm Snapdragon 675 which was announced yesterday, it won’t be an easy task.