Google has begun rolling a new version of its Play Store app to all users. 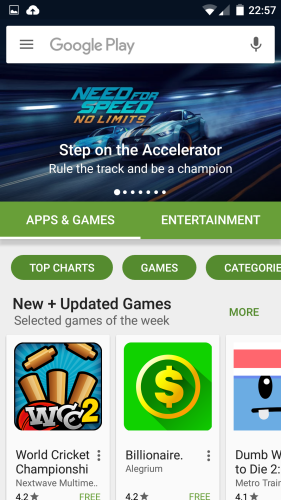 The update is version 6.0, and is a major update from its predecessor, in that it has a brand new UI.

The new app brings icons for each of the Play Store’s categories, which look pretty cool. The tab buttons in the app are now kind of huge.

Here are some screenshots of the new Google Play Store:

The update is rolling out slowly to all users, but you can download the APK and manually update your existing version.

Oddly enough, the app has reverted back to the old UI on my Nexus 6, even though the Build version of the app is still 6.0.