Gionee has announced that they have released an Android 4.4.2 Kitkat update, for the Elife E7 Mini.

The phone was released in December last year, with Android 4.2.2 Jellybean.

It is also the third phone from Gionee, to get a taste of Android KitKat, after the Gionee CTRL V5 and the Gionee Elife S5.5, which received the update, earlier this month. 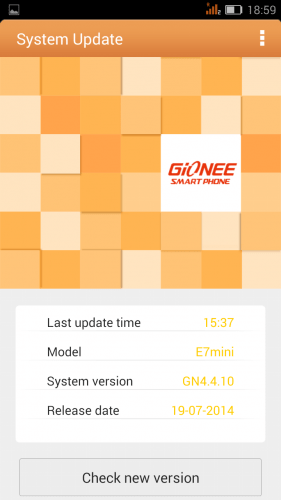 Some of the key features of the Android 4.4.2 Update:

The unsual part is, Gionee are not releasing the update over-the-air (OTA). Instead, it is only available through their service centers, where users can get their Gionee Elife E7 Mini updated for free.