Android Nougat is Android 7.0: Google confirms it in an official video

Yesterday, Google announced the official name for Android N, as Android Nougat. And if you read our article, we raised a question, whether it will be Android 7.0 or Android 6.1. 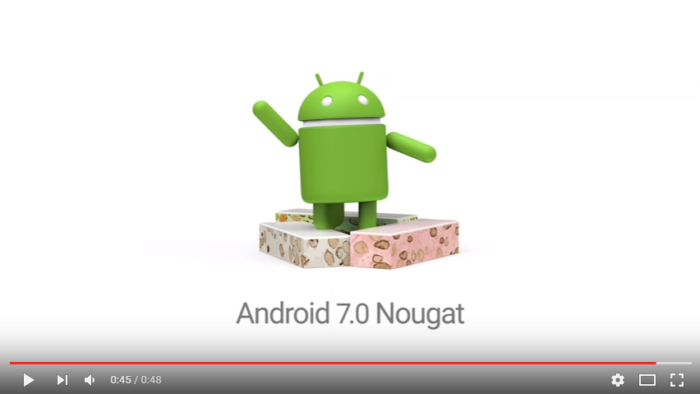 Google has officially confirmed in an official video, that Android Nougat is Android 7.0.

In the 0:44th second of the Android Nougat Statue Unwrapping video, which you can watch below, you can see the image of the new statue along with its name. (as seen in the above screenshot).

Google only started the major number upgrades for Android versions since the release of Android 5.0 Lollipop. So, it is not remotely surprising that Android Nougat is Android 7.0.