Xiaomi is expected to announce Mi 5S smartphone during the launch event scheduled by the company in China on September 27. Thanks to numerous leaks, we already know the hardware specifications of Xiaomi Mi 5S. As per leaks and rumors, Xiaomi Mi 5S sports a 5.15 inch display with 3D touch support, powered by 2.4 GHz Qualcomm Snapdragon 821 Processor along with Adreno 530 GPU and 6 GB of RAM. It comes with 256 GB of UFS 2.0 internal storage. 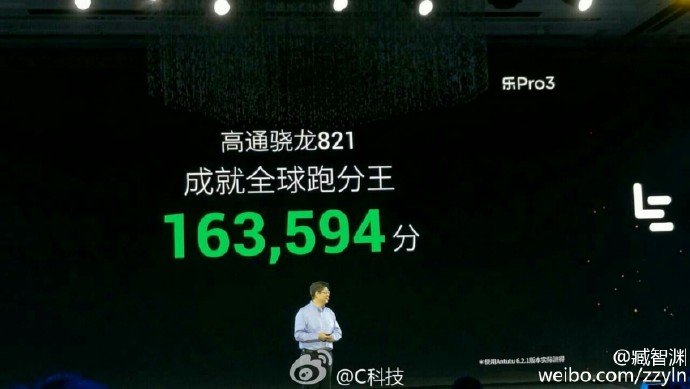 Now, some new screenshots are spotted on Weibo in the form of Antutu Benchmark score of Xiaomi Mi 5S revealing the Antutu Benchmark score of 164,002. These new images appeared when LeEco was launching their Le 3 Pro smartphone and shared the Antutu Score of the new device which is powered by Qualcomm Snapdragon 821 and 6 GB of RAM. The screenshots also indicate a blurred out portion after “Mi 5S” indicating some plus variant of the device in the name, but we are not so sure about that. 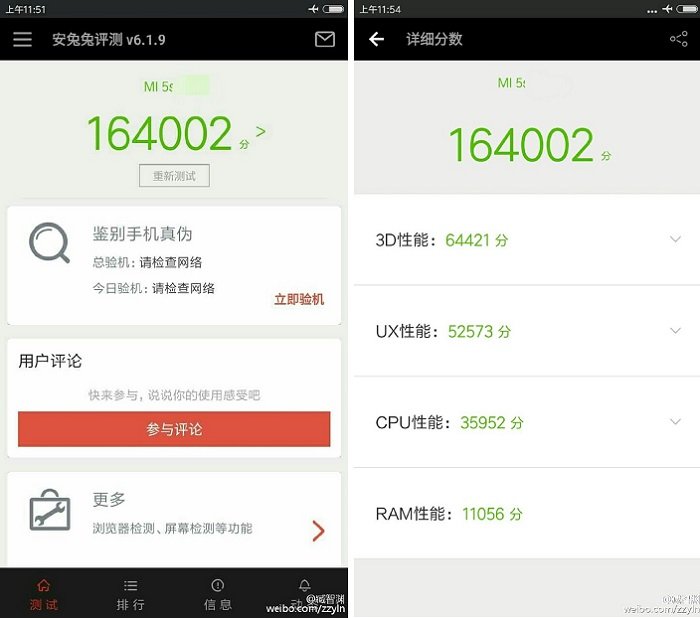 These Antutu score images were later forwarded by MIUI official Weibo account giving them some more credibility. The Antutu Score is similar to what LeEco Le 3 Pro scored and Xiaomi Mi 5S is expected to be powered by the same processor and RAM i.e. Snapdragon 821 and 6 GB of RAM.

As the official launch of the smartphone is just a week away, we will know the official specifications of the device soon. Stay tuned at Androidpure and we will keep you updated.