Vivo Z1 Pro to launch on July 3rd in India

The Vivo Z1 Pro India launch date has been announced. We had previously reported about the phone being spotted on Flipkart last week, which confirmed the Z1 Pro moniker. 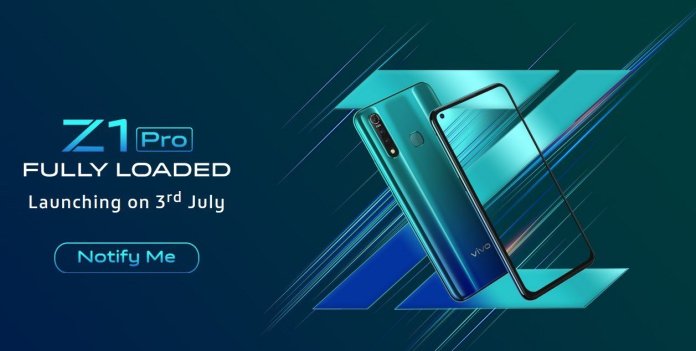 A banner on the official website has revealed that the Vivo Z1 Pro India launch date has been scheduled for July 3rd in India.

You may be aware that the phone debuted as the Vivo Z5x in China. Here’s a refresher about the device’s hardware. The main difference between the Z5x and the Z1 Pro, is that the latter will be powered by a Qualcomm Snapdragon 712 processor, and has a 32MP selfie camera.

Early rumours suggest that this will be Vivo’s answer to the Samsung Galaxy M40. So the Vivo Z1 Pro could be priced similarly in the sub-20,000 range.

Direct translation of the Chinese variants’ prices reveals the following

With the Vivo Z1 Pro India launch date less that two weeks away, we could expect some more leaks about the device’s pricing.