The Sorcery gamebook series from inkle games are on sale to celebrate the upcoming launch of the 4th and final iteration in the franchise.

These games are fully illustrated (by John Blanche), and are based on the books which are part of the Fighting Fantasy series, written by Steve Jackson. If the name sounds familiar, it is because Jackson was the director of the famous simulation game Black & White,  published by Electronic Arts.

The Sorcery! series are some of the best fantasy themed games available on Google Play, with a text adventure-ish gameplay. Normally the games are available for $5 or about Rs. 330. But you can get all three of them for just Rs. 70 ($1 in other Countries) until September 22nd, which is when Sorcery! 4 hits the Play Store.

And I would recommend playing them in chronological order.

The Quest RPG is now available for Android devices, and here is our mini review of the game 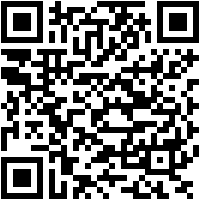 If you are a bit cash strapped, you can install the Amazon Underground appstore, and get Sorcery! 1 & 2 for free from the Underground selections.

If  you like the Sorcery! gamebooks, and you want to play more gamebooks written by Jackson, you should take a look at some from Tin Man Games.

OnePlus India GM: OnePlus 2 will get VoLTE support in Q4 2016