Samsung Galaxy Note 20 Plus leaked renders have surfaced online. And it seems to be a massive phone. 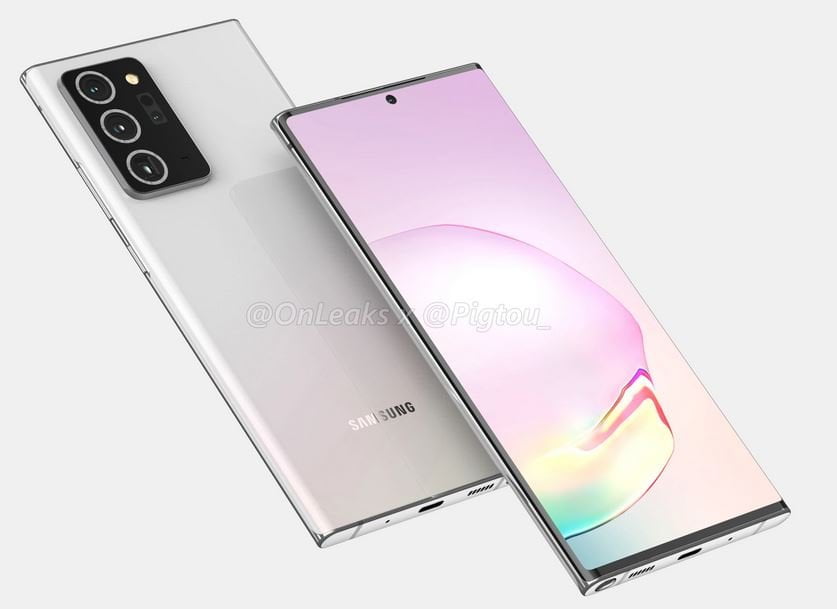 The Note series traditionally has bigger-than-most displays, but it appears that the Note 20 Plus is bigger than its predecessor. 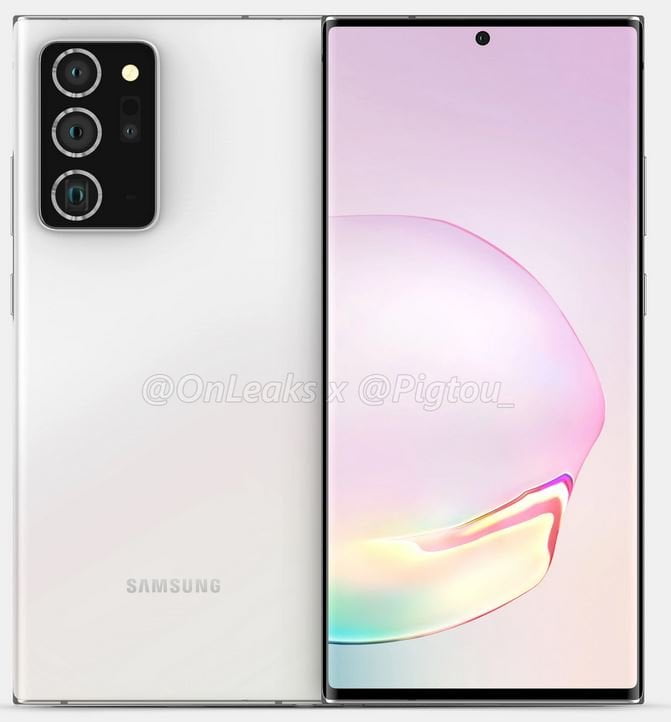 That being said, design-wise it appears to be quite similar to the Note 10 Plus, i.e., it stil has a curved display with minimal bezels, and a punch-hole selfie camera at the top center of the screen. 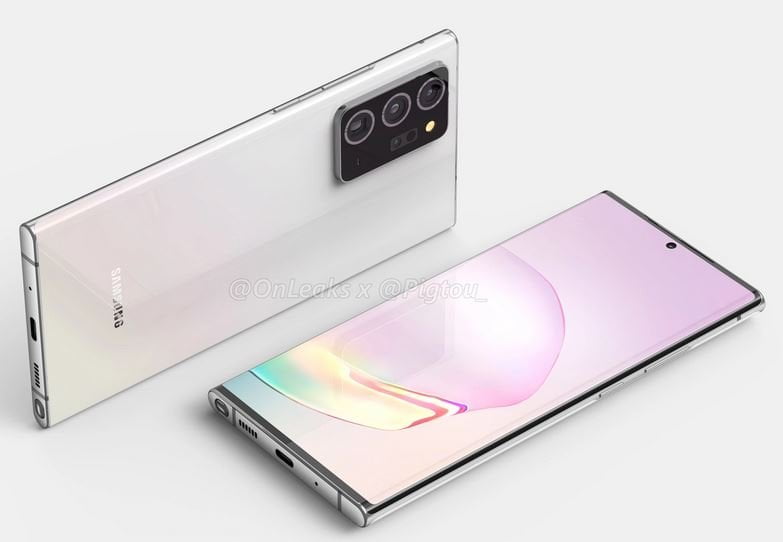 The Samsung Galaxy Note 20 Plus leaked renders (courtesy: Pigtou and OnLeaks) also reveal the backplate of the phone. The cameras are housed in a vertically oblong rectangular bump, with three lenses in a straight line. There is an LED Flash next to the cameras, along with what appears to be a ToF sensor. 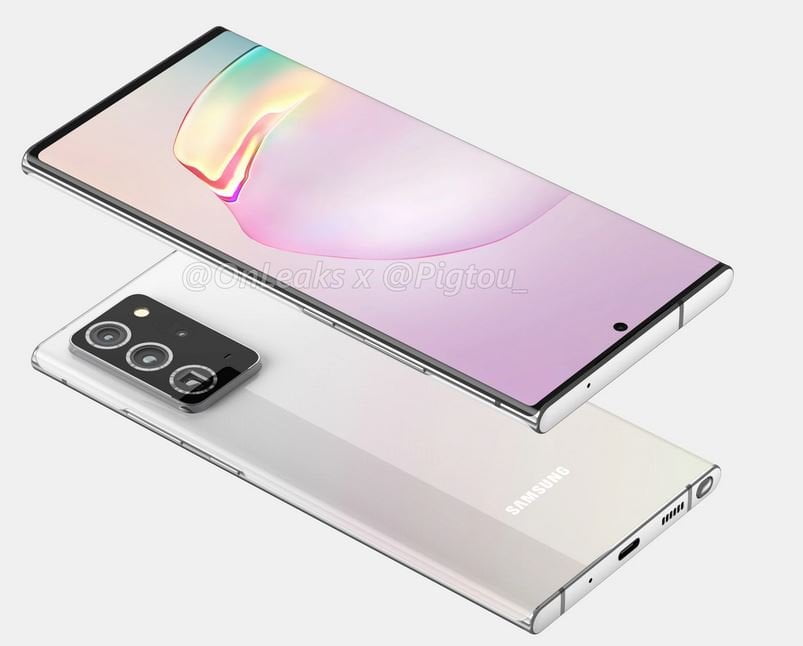 Unsurprisingly the Samsung Galaxy Note 20 Plus leaked renders confirm that the phone does not have a 3.5 mm headphone jack. The pictures also show the USB Type-C port on the bottom with a speaker grille and S-Pen port to its left, and a noise-cancelling microphone to the right. The power button and the volume rocker keys on the right edge of the frame.

We’ll know more about the device in the coming months, and if Samsung sticks to its usual schedule, the Note 20 series could be announced in August.