The Realme C11 specs and design have been leaked ahead of launch thanks to an online store listing. Here’s what we can gather about the midrange phone.

The mid-range phone is equipped with a 6.5-inch HD+ LCD display with a water-drop notch. The Realme C11 runs on Android 10, and is powered by a MediaTek Helio G35 processor. This will be the world’s first phone to use the Helio G35 chipset. 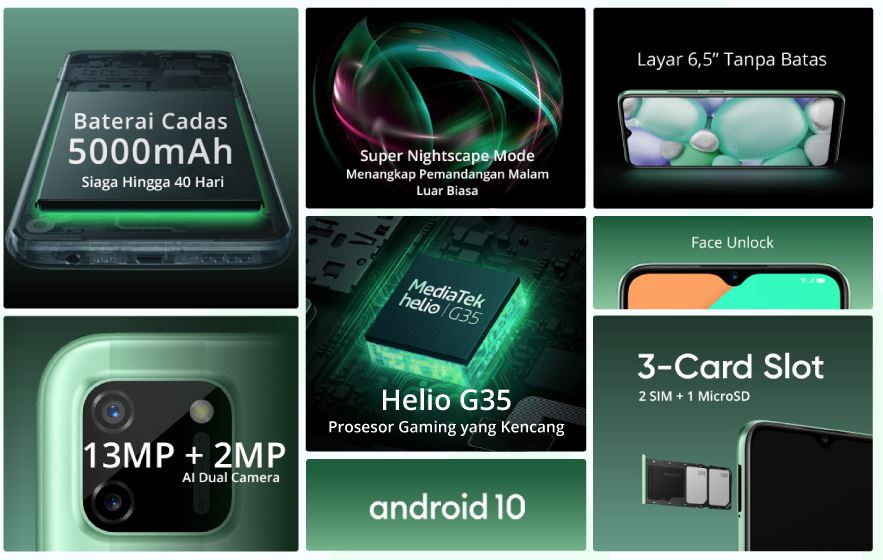 The Realme C11 page on Lazada Indonesia’s page confirms that the device will be available in two RAM variants: 2GB and 3GB. Both versions have 32GB of storage and a dedicated microSD card slot.

The Realme C11 specs teasers on the listing says that the phone is backed by a 5000 mAh battery. The phone has dual cameras on the back with a 13MP main lens and a 2MP secondary sensor along with an LED Flash. The phone does not have a fingerprint scanner. 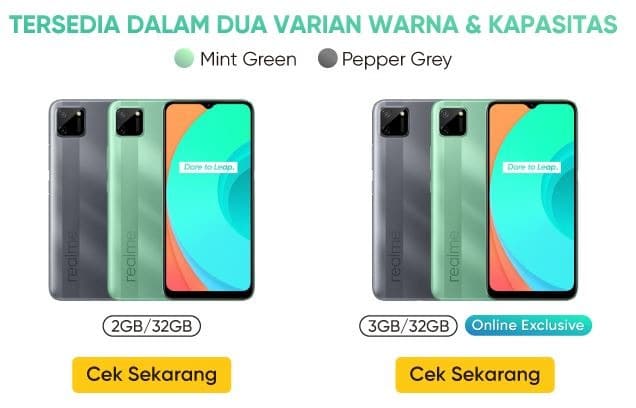 The Realme C11 is set to be announced on June 30th.