Realme 5 spotted on Geekbench with Snapdragon 665 and 4GB RAM

A Realme 5 benchmark has surfaced on Geekbench. And it reveals the device’s key specs. 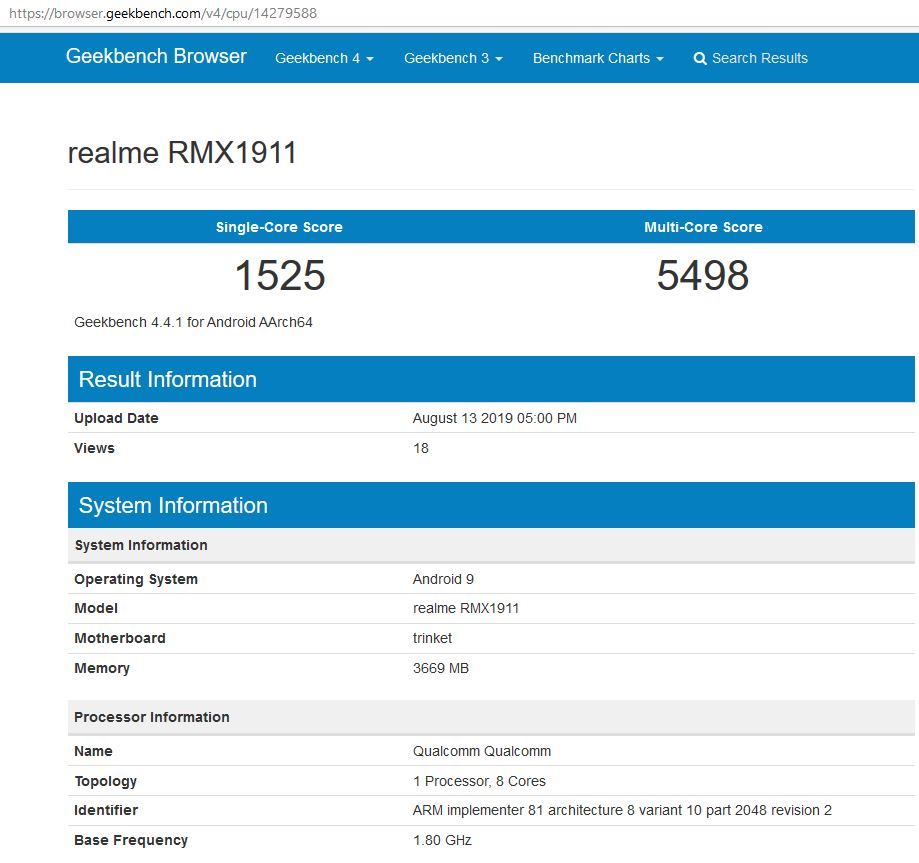 We already know that the Realme 5 will sport quad cameras with a 48MP Sony IMX 586 sensor, a 119° Ultra-wideangle lens, a Super-macro lens and a depth senor lens.

The listing says that the phone runs on Android 9 Pie, likely with ColorOS. The device’s model number is RMX 1911. It is powered by a chipset which is reffered to as “Trinket”. Now we have seen the name in the past especially in Mi CC9 and Mi A3 benchmarks.

So, we can tell that the Realme 5 is powered by a Qualcomm Snapdragon 665 processor. The SoC has a base frequency of 1.80GHz, and is accompanied by 4GB of RAM. The Realme 5 benchmark results saw the phone netting 1525 in the single-core tests, and 5948 in the multi-core tests.

Realme tweeted that the Pro variant will have the best mid-range chipset, and the message was accompanied by a Qualcomm Snapdragon poster. The rumour mill says that it could be the Snapdragon 712. Other unconfirmed specs include an AMOLED display with a water-drop notch for the front camera. The device could also feature an In-display fingerprint scanner.

The Realme 5 will be launched on August 20th in India, along with the Realme 5 Pro.