A bunch of Oppo Reno leaked case renders have “popped up” online. And it shows something really odd. 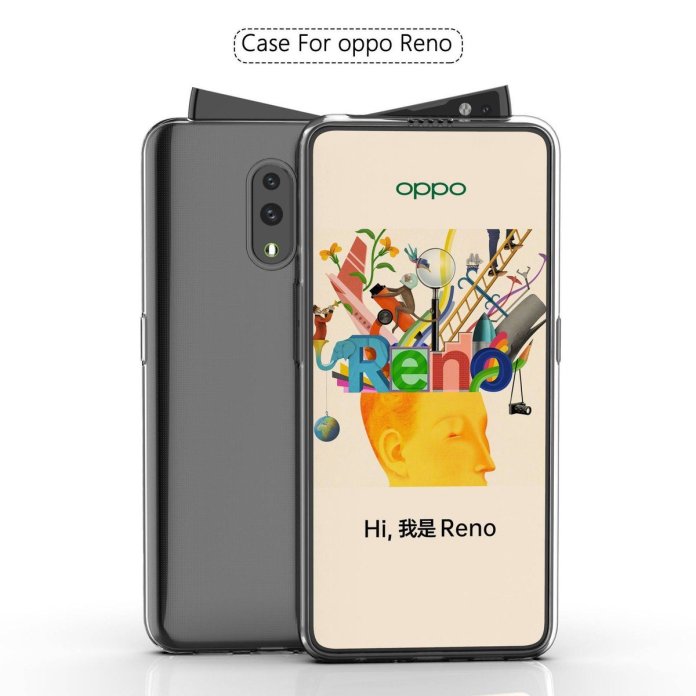 Take a look at the picture above. What do you see? You may miss something, observe carefully, and you can spot it.

There is no visible notch seen in the Oppo Reno leaked case renders, but you can a selfie camera. The angled wedge you see there is the pop-up selfie camera of the phone, which is accompanied by an LED Flash. Here is a closer look at it. 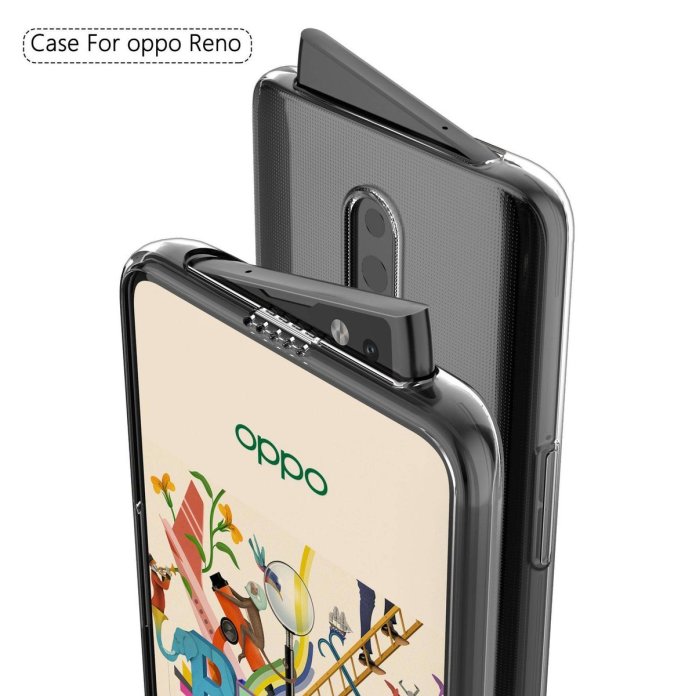 That slider design is a bit wacky, but it does make the device look great, with a notch-less full-screen display. The rounded corners and minimal bezels do look fantastic, and that’s mostly due to the thick frame running around the display.

The phone seems to have a power button on the right edge, and volume rocker keys on the left. Moving on to the back panel, the Oppo Reno is equipped with dual rear cameras aligned vertically with an LED Flash.

There is no sign of a fingerprint sensor on the back, which means the Reno could sport an in-display fingerprint scanner.

The Oppo Reno leaked case renders confirm the presence of a 3.5mm headphone jack, something which the company’s VP Brian Shen teased on Weibo earlier. The device has a USB Type-C connector.

Someone uploaded a Oppo Reno hands-on video on Weibo, and the leakers even appear in it.

The Oppo Reno is scheduled to be launched on April 10th in China.

Don’t be surprised if the OnePlus 7 looks like the Oppo Reno. They are after all, from the same parent company, though OnePlus might skip the headphone jack, to promote the sales of its wireless earbuds.