The Oppo Reno 2 launch date has just been announced. And the teaser poster from the company hints that it has some similarities with the first gen phone. 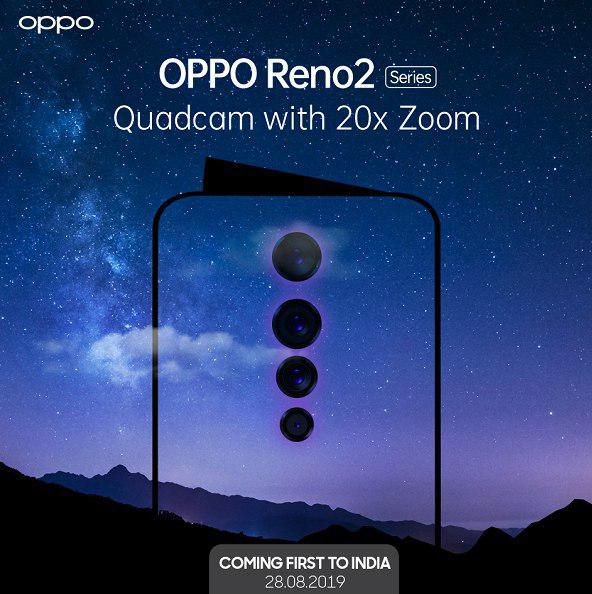 The Reno 2 has quad cameras on the back panel. It will also support 20x Zoom, and has a shark-fin pop-up selfie camera. In case you missed it the Oppo Reno 10x Zoom version which was launched earlier this year, also featured a similar pop-up camera, and dual rear cameras which true to the name supported 10x Zoom.

A leaked poster on Weibo confirms that the new phone will sport an all-screen design. The leaker revealed that the primary camera in the Reno 2 is a 48MP lens, which is probably the Sony IMX 586 sensor. The telephoto lens is a 13MP camera, while the wide-angle sensor is an 8MP lens. The final camera is a 2MP depth of field sensor. 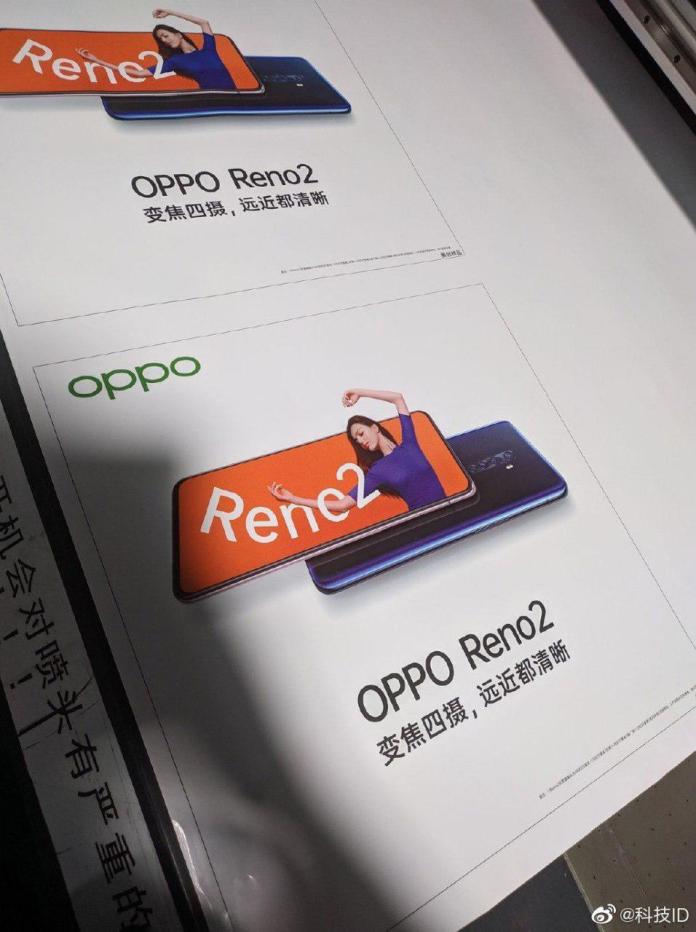 If you notice the poster, it says the Oppo Reno 2 series, meaning there could be more than one phone announced. The first gen series consisted of a flagship Snapdragon 855 powered device, and a mid-range Snapdragon 710. The Reno 2 will likely be launched in a similar fashion.

The Oppo Reno 2 will be launched on August 28th in India. The first gen Reno phones were launched in China first, but its sucessor is set to debut first in India.