OnePlus confirms that the OnePlus will cost more than $322

OnePlus seems to be pretty excited about its upcoming flagship phone, the OnePlus 2. 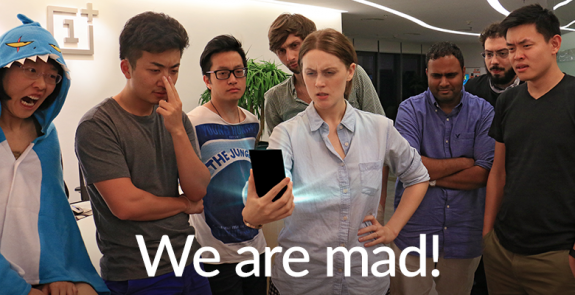 Yesterday, the company’s CEO, Pete Lau, announced that the phone will be powered by a Qualcomm Snapdragon 810 v2.1.

Today, OnePlus says it is mad about the rumors about the OnePlus 2’s price and the overheating issues it could have. The company reiterates that the Qualcomm Snapdragon 810 v2.1 chipset is much cooler than its older model.

And OnePlus officially denied that the upcoming phone will cost $322, and that the phone will be higher than the reported price. The Snapdragon 810 apparently costs 60% more than what the 801 costs.

Lastly the company dropped a subtle hint that the phone in the above image is a heavily Photoshopped OnePlus 2.  The phone appears to be a very large one, perhaps a 6-inch phablet, and it also seems to be emitting a notification light from the bottom, a skyline notification like the OPPO devices.

Thanks for the tip Mohammad.

OnePlus One 64GB variant is currently unavailable in India, here is our speculation about what could happen